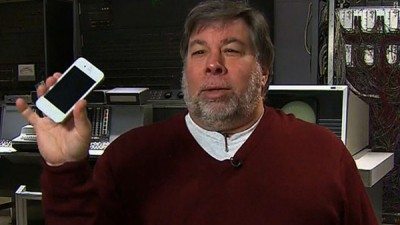 Steve Wozniak has gone on to describe Apple as being ‘arrogant’ in a recent interview with Tech Central stating that the screen size of the iPhone 5 is still small and should have been made wider.

Steve spoke about how he wished that Apple had not been arrogant and thinking of themselves as the only company that knew what right thing to do. He also mentioned that according to him Apple should have made wider versions of the iPhone 5 including a small and a large one. The Apple co-founder continued to score some points against Apple by saying that it appeared that nobody seemed to have any problems using the larger screens of some of the other phones, whereas Apple had maintained that you could reach everything on their phone with one thumb.

Wozniak quipped that not everyone was happy with the same thing, as some people like bigger meals and bigger cars, whereas others may just want a larger screen as they feel they are getting more out of it.

The inventor has previously praised the iPhone 5’s camera and wishes that Apple claims a large share of the phone market by being more open. He went on to say that there could be a marketing shortcoming, which results in Apple not living up to sales expectations.