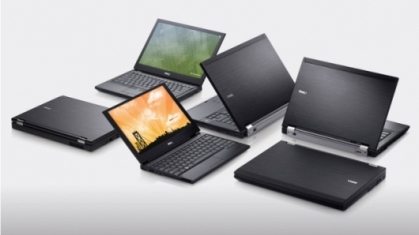 Laptop and computer manufacturing giant Dell revealed its new range of laptops known as Latitude business laptops and ultrabooks on August 27, 2013 for the US market. The company showcased an entry level 3000, a ‘task working’ 5000 and a 7000 ultrabook, for a ‘mixed product environment’.

The laptops are powered by Intel fourth generation Haswell processors and the Dell lineup has a goal, which is to offer different machines for different workers’ needs. The new Latitude 3000 series – which has two entry level laptops – is aimed at education and small businesses. The laptops of the new range are built with anti-glare LCD screens and have optional touch screen displays.

The Latitude 3000 series laptops have graphics integrated in their Haswell processors with up to 2 GB of video memory. Dell will be officially launching the series on September 12, 2013, starting from £429 and rising the price accordingly and depending on chosen specifications.

The company also said that the laptops are built for reliability with up to Intel Core i7 ultra low voltage processors for extended battery life. The Latitude 7000 ultrabook series is available starting from £789 and all of them are compatible with the Latitude E-family docking stations.