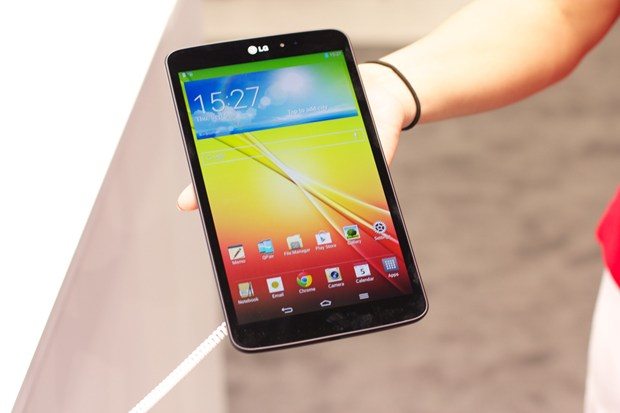 Popular tablet manufacturer LG has announced three brand new G Pad series tablets. The tech company’s upcoming tablets are all set to be unveiled at this week’s MedPI 2014 trade show which will be held in Monaco. The new G Pad 7.0, 8.0 and 10.1 will be joining the G Pad 8.3, which was launched in September 2013.

The CEO of LG, Jong-seok Park said, “Customers tell us that they want a wider range of devices that offer sizable screens without compromising portability. Unlike smartphones, tablets are not ‘one size fits all'”. The 7-inch G Pad is meant for those users who need entertainment while on the go, the 8-inch device is for smooth multitasking, while the biggest, 10.1-inch tablet is for watching movies and playing games.

Park went on to say that the G Pad series has been designed for a diverse audience: for the ones who prefer portability and the ones who want the best multimedia experience. All devices reportedly have LG’s QPair 2.0 for connecting with an Android-powered smartphone through Bluetooth, as well as Knock Code, which enables users to unlock their device through a personalized ‘knock’ pattern.

It is still not clear how different the upcoming devices will be compared to the G Pad 8.3, which is powered by a 1.7 GHz quad-core Qualcomm Snapdragon 600 processor.