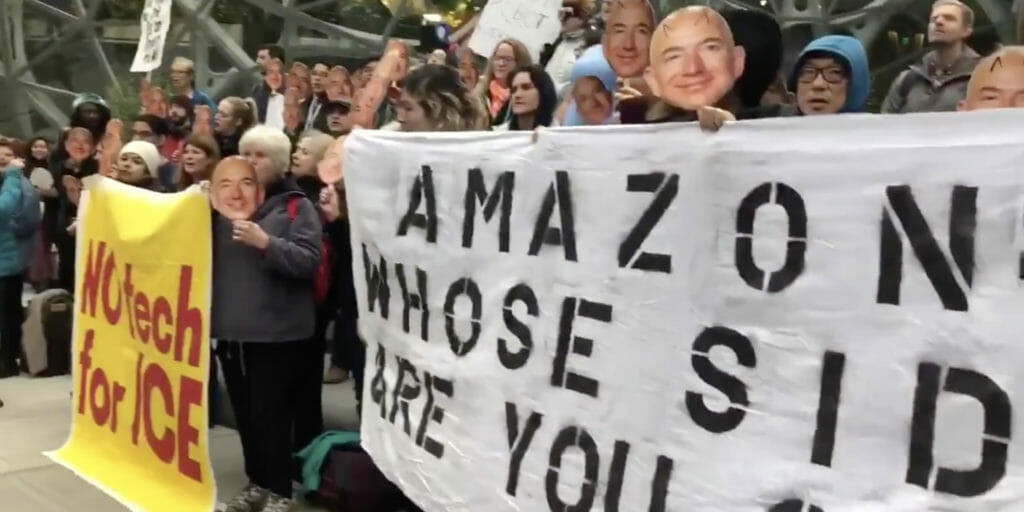 E-commerce giant Amazon on May 22, 2019 said that share holders at an annual general meeting in Seattle voted against the proposals that were related to two major social issues that were climate change and facial recognition technology. The proposals had come despite a pressure from the civil rights group, activist investors and its own employees.

Meanwhile the climate change proposal was backed by more than 7,600 employees of the e-commerce giant and pushed the company to release a detailed plan on how it will curb its use of fossil fuels that power its data centres and planes that ship its packages. The shareholders meeting was held in Seattle on May 22, 2019 and the employees said that they plan to continue to put pressure on Amazon to do more to reduce its impact on the climate change. The giant said that it already has plans to release its carbon footprint later this year and has been working to cut shipping emissions.

The e-commerce giant is yet to release the shareholder votes total that was taken on May 22, 2019 but said that it will release them later this week in a government.