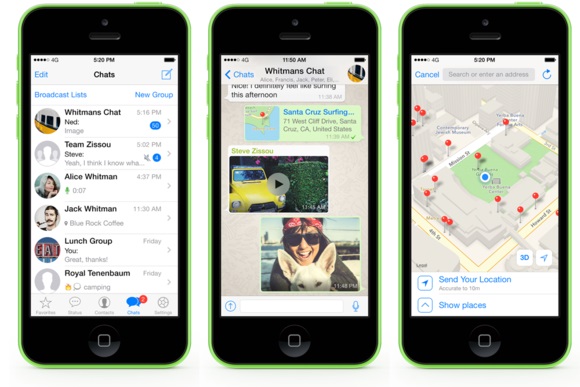 Ad-free messaging will soon become a thing of past on one of the most popular messaging apps, WhatsApp. An announcement was made by the company during the Facebook Marketing Summit in the Netherlands. The announcement said that it will start screening advertisements on its applications in 2020.

The thing that attracted the people the most was that the messaging app can allow the users to text and call their friends and family without any disruptions unlike other messaging platforms. WhatsApp revealed that the texting experience will soon change for more than a billion users across the globe. Olivier Ponteville, the head of media at BeConnectAgency Tweeted, “WhatsApp will bring Stories Ads in its status product in 2020”.

On InstaStories and Facebook Stories, users can post photos or videos that disappear in 24 hours. Facebook Stories on Facebook and InstaStories on Instagram have ads that appear when the user is tapping or swiping through the videos and pictures. In the same way the ads are expected to rollout under the Status section. With the latest development, Facebook will be able to integrate all their products together by allowing users to crosspost their stories and also display cross-platform ads that redirect users to other platforms Facebook, Instagram and WhatsApp.

The concept of in-app advertising has been a popular marketing tool since the apps started gaining virility. Smaato’s Guide to in-app advertising says that it is an effective monetization strategy for mobile publishers Applications have changed the dynamic between the users and their smart devices. It has helped to drive the mobile usage globally like nothing has done before. This led to make the make the in-app advertising vital for all companies. Smaato’s guide has further explained that the mobile devices, unlike desktop or laptop computers are more often only used by one person. This means that the applications on a particular device are closely connected to the personal life as well as daily habits of its owner.