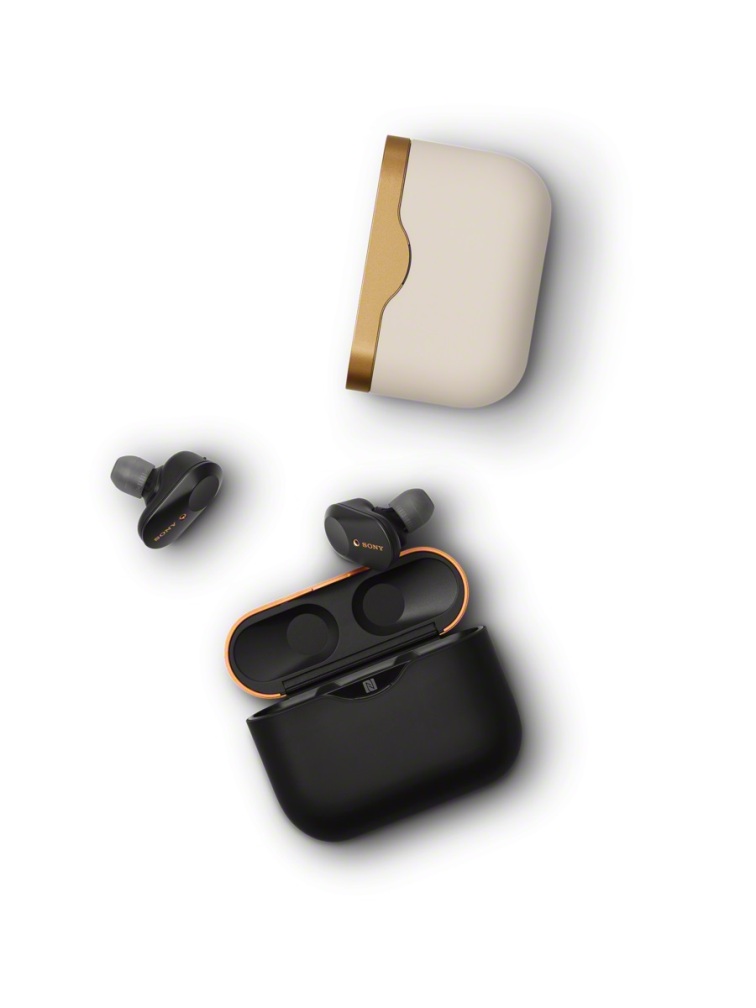 Sony has been trying hard while trying to crack a tough nut since the past few years. The company had been working on the noise-cancelling headphones and wanted to shrink the technology down to something that could be put in the pocket. The new $230 WF – 1000XM3 represents its latest attempt at miniaturizing its noise cancelling technology. The device also represents an impressive progress as the new set of earbuds are unlike anything else in the market.

The 1000XM3 are truly wireless earbuds are actually wireless and they are not that small. The charging case of the device is almost the size of a pack of cigarettes while the earbuds look very much like a pair of caramel corn. It can be said that the device is not as small or as sleek as AirPods. It has to be also pointed out that the WF-1000XM3 earbuds are from the same product family as the Sony WH-1000XM3 over-ear headphones and also have the same design language from the popular model.

But the earbuds are not designed to be a smaller equivalent to the over-ear headphones which have more microphones and more robust noise-cancelling. The slightly bulky design of the 1000XM3 includes a proximity sensor which turns the earbuds on when they are put in to the ears and turns them off when they are taken out. In terms of wearing the earbuds, size is not a concern.

The earbud itself is about half an inch long and tucks lightly in to the ear canal. While the rest of the housing rests outside the ear, but not in a bulky way like the Bose Soundsport Free. It is also not an airtight fit like the Jabra Elite 65t. The losefit has indicated that the users might have to find their own right size of the earbuds to have a noise free listening. Sony has said that the users get eight hours of battery life on the earbuds alone with noise cancelling and another 24 hours in the case.