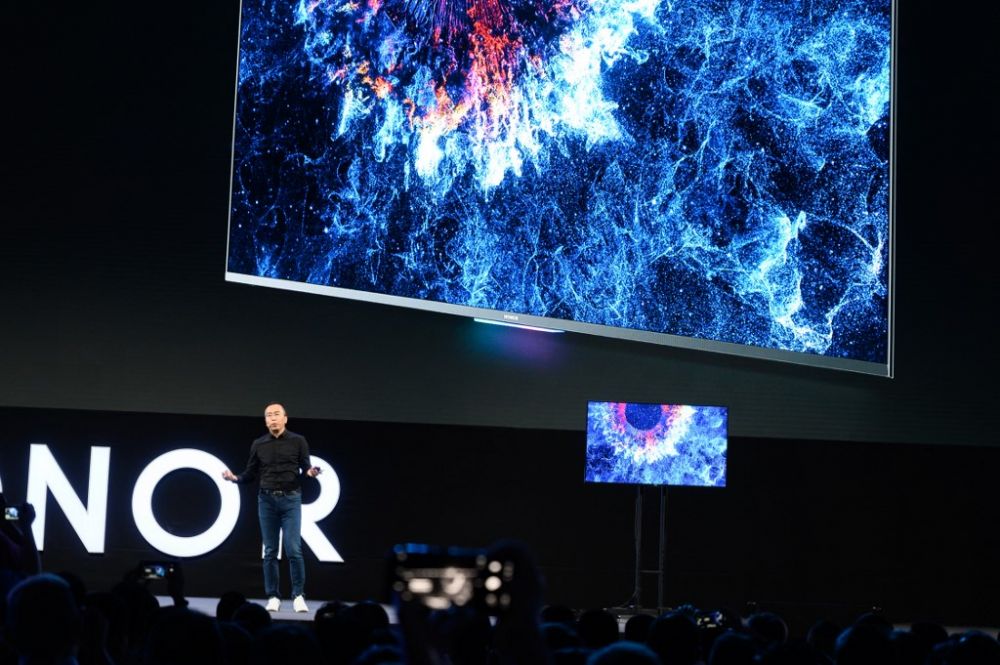 Huawei’s self developed operating system the HarmonyOS, first appeared on an Internet-connected TV. The company unveiled the Honor Vision TV on August 10, 2019 and will be the first device powered by Huawei and its own operating system, the HarmonyOS. The new operating system was launched on August 9, 2019 with uncertainties of the company was caught in the trade-war between the US and China and can continue using American technology in its products.

The new operating system is a part of Huawei’s strategy known as internet of things where it is trying to create a consistent experience across various connected devices through its software. The Chinese tech giant said that HarmonyOS, which is also known as HongmengOS, will be used across the devices from smartphones to smartwatches and even in smartspeakers, smartwatches and in-vehicle systems.

The launch of Huawei’s OS was also a part of the company’s part of a back-up plan if it gets cut off from the US technology. Meanwhile, the Chinese tech giant is on the black list of Washington, which is known as the Entity List that restricts American firms from doing business with it. The US firms will now have to seek a special license to sell to Huawei.

The Trump administration recently said that it would begin approving license for some products as long as they do not pose a security risk to the US or its allies. Huawei makes use of its Android operating system for its smartphones and analysts have predicted that not having access to Android could badly hurt Huawei which is now the second largest smartphone maker in the world and is behind Samsung and ahead of Apple. This has also become a major reason for Huawei to develop its own operating system. Huawei’s consumer division CEO, Richard Yu while talking to the reporters at a press conference on August 9, 2019 said that the situation with Google remains unclear. Yu added that he would prefer to continue using Android on its smartphones.