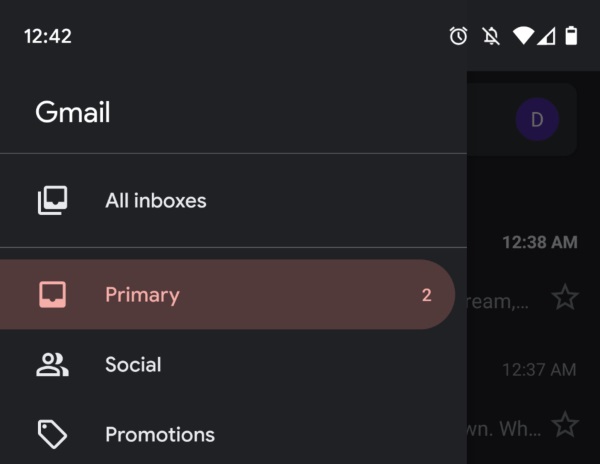 The much awaited dark theme option for Gmail is now rolling out for Android as well as iOS users. The new appearance will change the default white background in Gmail to black. The Google blog post has said that the new feature will start rolling out immediately. The blog post has mentioned that it might also take 15 days or longer for some of the users to see the future.

Some of the users prefer the dark mode as it is easier on the eyes and is good for people who spend most of their working hours in front of the screens. The company also says that it prolongs battery life as darker pixels require less power than the lighter ones. The new move is a part of the larger trend as it has become increasingly popular on some of the other platforms like Samsung Galaxy smartphones, Twitter, Google’s Chrome Browser and Apple’s iOS and Mac OS software.

The support page of Apple for installing dark mode on Mac has claimed that the setting makes it easier to stay focused on your work as the content stands out while darkened controls and windows recede in to the background. Many reports have claimed that even social networking giant Facebook is also testing a dark mode. The Android 10 users can access the theme in Android Display system setting and it is enabled in Gmail after the whole operating system is set to dark mode.

On the Pixel devices, Gmail will default to the dark theme when Batter Saver mode is activated. For the iPhone users it will depend on which version of the iOS the user is having. With the iOS 11 and 12, the dark theme can be accessed in the Settings section. While the newly released iOS 13, the users can either go to the settings in Gmail or they can automatically enable the feature when they set their device to dark mode.