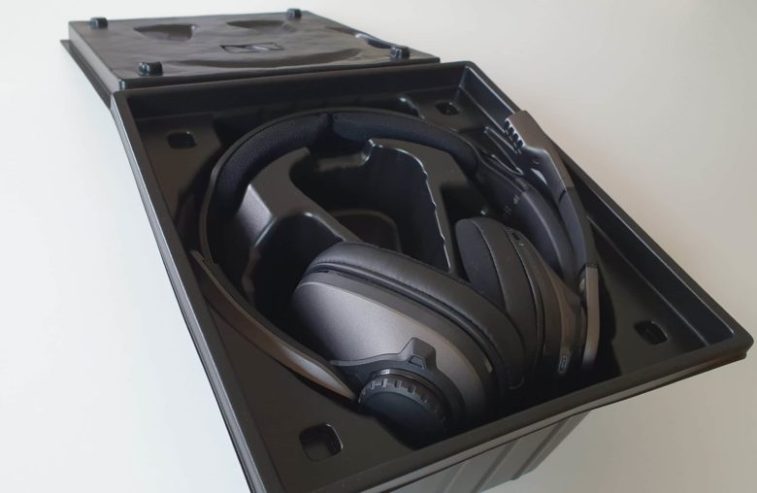 Germany based audio peripheral manufacturer Sennheiser has been a veteran in terms of making audio devices. The tech manufacturer has faced major success with its Momentum Wireless and 2.0 wireless as they turned out to be immensely popular among the music lovers. Going by the success, the German audio tech manufacture has mastered its art in wireless sound. After touching success with two of its devices, the tech company has something in store for the gaming enthusiasts. The company is ready with its new wireless device, the GSP 370.

Despite having a different purpose, the GSP 370 has also been made on the existing audio tech also found in the GSP 300. The new GSP 370 can be connected to the PC, Mac and off course the Sony PS 4. Since the device is new, there are also a few features that are meant for the gaming crowd and include earpads that have a heavy material. The inner pads have a material similar to suede that will prevent accumulation of sweat around ears and the outer portion has leather for proper insulation of sound. The receiver can be connected to USB which means freedom from wires, almost no delay and can process big data volume with minimum delay.

The best is yet to come as a specification includes a whopping battery life of nearly 100 hours. If wondering what if the battery get drained, it can still be used with wires while it charges back. The Sennheiser GSP 370 also has noise cancelling microphone which is a basic feature of all other gaming headsets by the company. It assures to minimize the noise at the background and can be completely muted with the boom arm.

With the device packed with such distinctive features, the GSP 370 has been reasonably priced at £169. The gaming headset is now available at the stores and gamers need to grab their devices before the stock runs out. Sennheiser has been in the audio business since 1945 and the first product that it had made was a voltmeter. The company started making microphones in 1946.