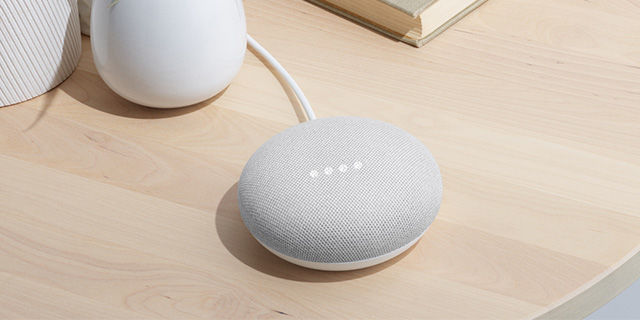 Its festive season and tech companies are offering heavy discounts on their respective devices. Most of them are clearing off the existing stock to make way for the upgrades devices. Search engine giant Google is one such tech which is offering its Google Home speaker at an incredible price. The new deal by Google makes the Home speaker a perfect deal for the festive season. The Home speaker can be a great companion and is being offered for just £29 which is £20 less than the actual price.

The Google Home speaker might be outdated as the successor Google Nest Mini has already taken its place, but not many are aware that the Home speaker still makes a great companion at home. The Home Mini is the smallest device Google has to offer from the Home family. The gadget delivers good sound and is also powered by the Google Assistant that can help the users in different ways. The presence of the Assistant means that the users can give commands to the device if they are nearby the speaker.

The uses of the Google Home Mini is not limited as it also works as a great companion for playing games. People who are worried that the Mini is an outdated device, they have to know that there is not much difference between the Home Mini and the new Nest Mini. The new speaker by Google only has improved audio and a built-in wall mount.

The Home Speaker was launched in November 2016 and had a cylindrical shape. It was in 2017, when the tech announced two new additions the Home Mini and the bigger Home Max. It was in May 2019, when the search engine announced that it would rebrand its home devices to Google Nest. Market is filled with smart speakers from other companies as well and is the latest trend to make it a part of a trendy household.