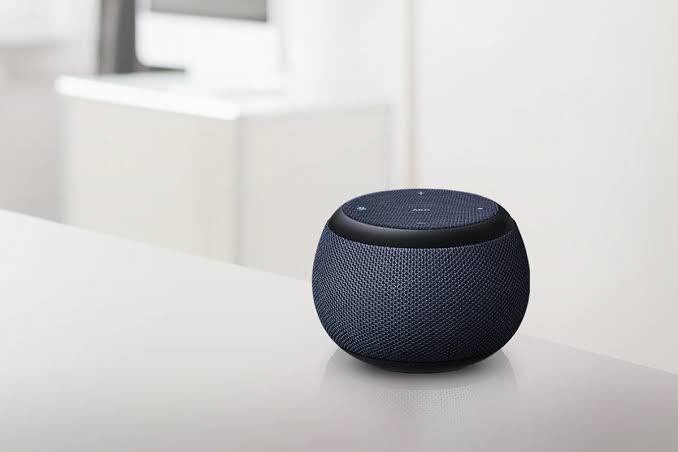 It has been more than a year since South Korean giant Samsung has announced its Galaxy Home , but is yet to be launched for the general public for purchase. While the first device is still pending for a market launch, the company has already teased the next smart speaker known as the Galaxy Home Mini and is all set to introduce it at the upcoming Samsung Developer Conference at San Jose, California.

The Galaxy Home Mini is being teased since a few months now by the company, but has not so far made an official announcement. Samsung is yet to announce a launch date for the Galaxy Home which was expected to be launched along with the Amazon Echo and the Google Home. If the Galaxy Home was launched earlier, it would have been a competitor for the other devices in the market. So far no details have been revealed about the full-sized speaker, but a few details were out about the Mini version. It has many similarities with the larger Galaxy Home. It seems like the Mini has been developed along with the AKG which is now owned by Samsung. AKG is known for its sound and quality.

The device surely looks good, but does not have anything extra ordinary than the other speakers that are now commercially available in the market. There is a fabric that covers the outside portion of the device and the controls are equipped on the top for playback and volume. Now that the device is ready, it has to be seen if there are any takers of the device in the market. The speakers are equipped with the Bixby Digital assistant by Samsung. The performance of the assistant by Samsung is improving day by day but to make the actual use of the assistant, you need to use all the Samsung devices.

On the other hand Alexa and Google Assistant are available in a number of devices from different manufacturers.