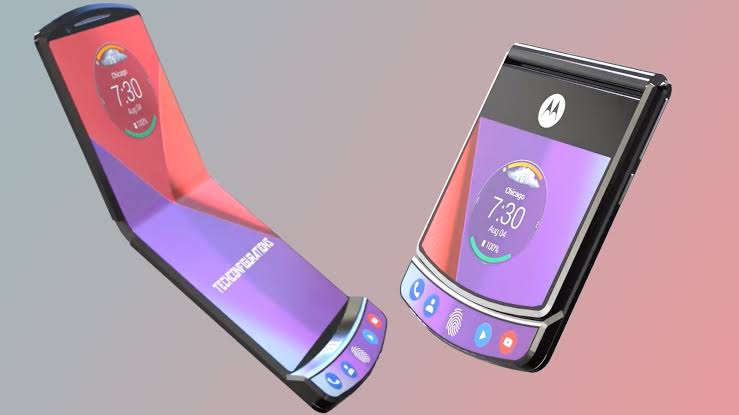 Foldable smartphones are the next big thing in the smartphone segment. Several smartphone makers have dived in to making their respective foldable devices and some have already launched. Motorola is one such company which is all set to unveil its much-awaited foldable device on November 13, 2019. The device will be a revamped version of its iconic Razr-flip smartphone which was once a popular device with the smartphone users.

Before the official launch of the device some of the images of the actual phone have been leaked online, which has shown how the Motorola Razr would actually look like. The images have given an idea of what the upcoming foldable device could look like. Motorola had earlier released a teaser of the device which was shown in an invitation of the launch event. The teaser had given a hint about the hinge and the profile. The images were released on a German tech site, but no official confirmation has been given on the images that have been released.

But if the invitation video and the leaked images are compared, it seems like the images are genuine and could be real. The images has shown Razr like design of the foldable phone but not many details have been revealed so far. Going by the speculations, the foldable smartphone might be powered with 4-5 GB of RAM with a Snapdragon 710 processor, 6.2 inch OLED screen when it is unfolded and will also have a smaller display on the exterior portion like it was seen in the original Razr.

The Razr series was a part of the market till July 2007, but soon the smartphones sales declined and the other new devices that were released later could not be popular among the gadget goers. Soon the appeal of the Razr devices declined. In 2018, Lenovo, which is now the owner of Motorola had filed for a patent for a foldable smartphone.