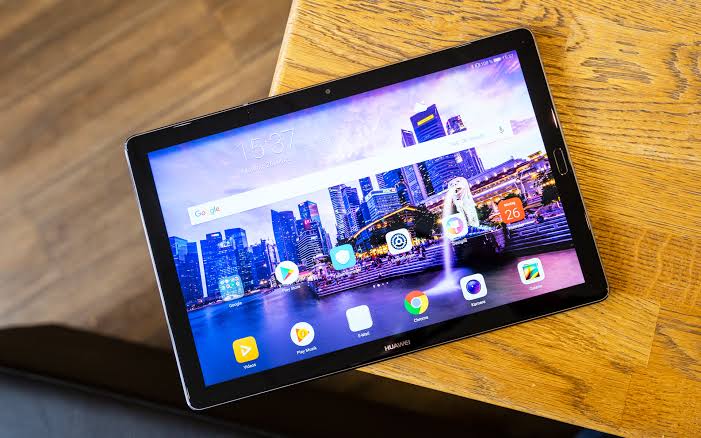 Chinese tech giant Huawei is doing incredibly well in the local market but still faces a ban in the US. After experiencing immense sale in the smartphone segment, the company is now working on a new tablet that has striking similarities to the Apple’s iPad Pro. The only difference the two device might have is the camera. The tablet by Huawei is likely to have a dual-lens back camera with a hole punch display that has the front facing camera. This is not the first the first time a Chinese gadget had taken inspiration or has striking similarities with an Apple gadget. The new smartwatch by Xiaomi also has a good resemblance to the Apple Watch.

Talking about the Huawei tablet, there are chances that the company might also adopt the Pro name for the device. Some experts have predicted that the Huawei tablet could be named as Huawei MatePad Pro. Going by the pictures, the device might also have a magnetic keyboard like that can be seen with the Apple Smart Keyboard Folio. It is not clear of the case will be included in the box. There is also a stylus pen that is attached on the top of the device and could have been possibly attached with the help of magnets.

Going by the features , it seems like the Huawei tablet might not have a fingerprint sensor, but the company could use an in-display fingerprint sensor or might also include a face recognition tech in the device for privacy feature. Analysts have predicted that the Huawei tablet can have premium specifications with the Kirin 990 SoC, the new and fast processor by the Chinese tech giant. The processor also has an in-built 5G modem.

The Huawei tablet is also expected to have up to 8 GB RAM and up to 256 GB storage memory with a huge battery off-course. The company had recently launched its MediaPad M6 in June, 2019.