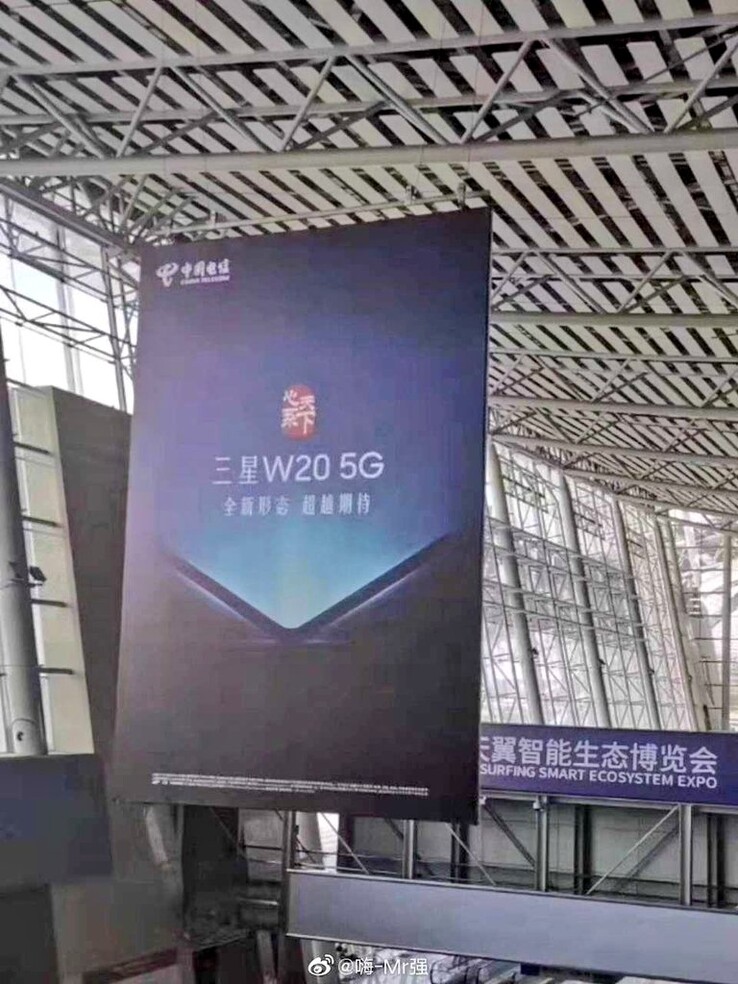 South Korean giant Samsung now seems to be unstoppable and is all set to unveil its W series smartphone, the W20 5G. Going by the online advertisements, Samsung is likely to host a launch event later in November, 2019. Some of the reports have given a few details about the device and say that it might come with a 512 GB of internal storage with two colorways black and while. This will be a good upgrade to the previous generation W2019 that had come with 128GB or 256 GB internal storage.

It first seemed like the device that was teased by the company a few days back at the Developer Conference, but that was nothing more than a concept. It was the timing and the language which led to a speculation that the new W20 5G is the next foldable device that is all set to be introduced by Samsung after the Galaxy Fold. But it is not the case and there can be many reasons for it.

The first reason remains that the language that was used in the post on Weibo has mentioned that the device is a latest Samsung Folder. The term Folder is usually used by the South Korean giants internally for its flip devices. Moreover, other details of the device do not tally with any details that talk about the hinge technology the company has used. Samsung would have already given out the details, if the W20 5G smarthphone was the next foldable device the fans are waiting for.

If the W20 5G was the next foldable device by Samsung, then the South Korean giant would have showed it off at the Developer Conference. All this makes sense as the launch of the W20 5G is so close. The new smartphone from the W series is expected to be expensive and there are also possibilities that they might not be launched in the western markets.