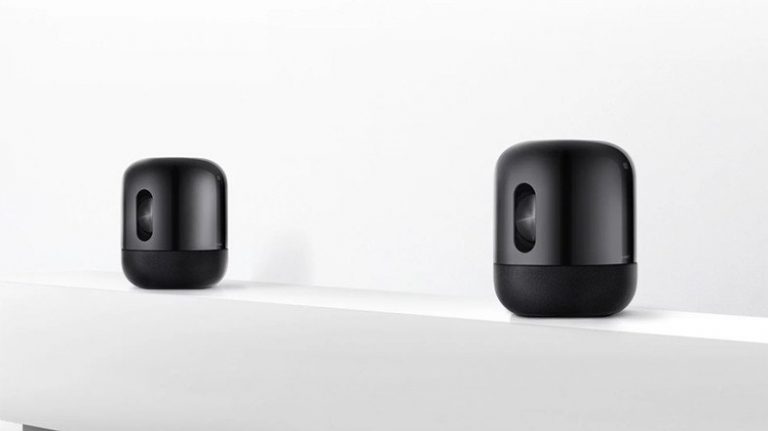 Chinese multinational giant Huawei has been working hard in making its product base stronger. Things have become even more serious since the time it has been banned by the US government from trading with the US tech giants. The company has now unveiled its smart speaker Sound X, which has been made in collaboration with the French company Devialet. The sound device looks great and also promises a great performance as it has a 60 watt double subwoofer with 360-degree sound.

The smart speaker has the tech known as the speaker active matching (SAM) that helps to give up any disturbance. It also features a vibration-cancelling technology. While people might think that the device might have tech only from Devialet, but that is not the case here as it has the HiLink smart home control from the Chinese giant along with the Xiaoyi voice assistant, one-touch control and support for Huawei music. Huawei unveiled the speaker when it had unveiled the MatePad Pro tablet, which has a very similar look to its competitor iPad Pro.

The company already has a couple of smart speakers in its line-up and includes the one that also has a striking resemblance to the HomePod by Apple. Devialet, while talking about its venture said that it is its first partnership in Asia and also noted that the Chinese market is the second biggest market across the globe in terms of sales. The French company has earlier ventured with a number of companies across the globe which includes a surround sound TV speaker that was made for Sky. It has also made the crazy Symbioz self driving car for Renault, a unique set-top-box with the internet provider Free and the Altice Amplify smart speaker from Altice USA.

For now the Sound X will be sold only in the Chinese market and is now available for pre-orders. No announcements has been made to when the device would be launched in other markets.