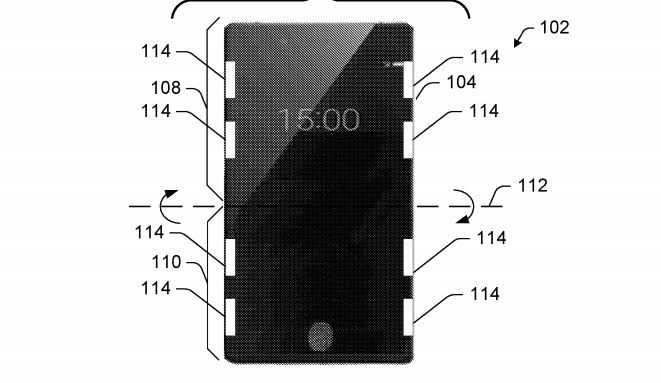 Motorola has always impressed the smartphone owners with its innovative designs. The Razr proved to be one of the best in the foldable smartphone segment. The tech giant is once again ready to present another innovative design as it files its new patent. The new patent has shown another Razr-style foldable device which has a secondary screen on the outside.

This time things are becoming a little more serious as the patent has shown eight side mounted touch sensors, which can be either touched, pressed or swiped to launch different features. According to the patent filing, there are four sensors on the right of the device and four on the left. The sensors are combined when the device is closed, while enabling different functionality that depends on the form factor. This can mean that the users of the device could just touch the sensor to launch an app. There could be also options to ask Google Assistant or begin the camera by just touching the combined sensors.

Reports have stated that the touch sensors when used in combinations can have 20 different functionalities. Such sensors do seem interesting as it can be great for shortcut functions which can also be seen on other smart devices like Google, HTC that make use of Active Edge. But it still remains a question to how the device would be able to control the launch of the apps when the users are just holding the device. The patent has also hinted that there can also be a touch sensor on the hinge which seems to be a little odd.

Another function that can be noticed in the patent is the in-display fingerprint sensor. There is a fingerprint on the chin side while the foldables by Samsung and Huawei have scanners which are side-mounted. Whatever features that are mentioned, it still remains just a patent filing by Motorola and it cannot be said if the device would actually make it to the production.