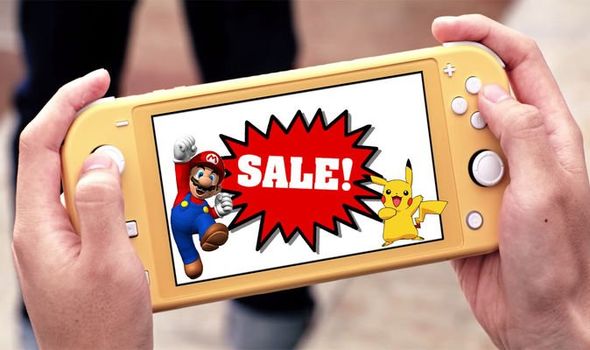 For all the Nintendo Switch users, here is some hush-hush news for them. The gaming giant is all set to launch the big Switch games sale just in time for the Christmas season. The owners of the Nintendo Switch can expect a big surprise as the company is gearing up for a big sale this Christmas. Some of the leaked reports have stated that Nintendo will be hosting a secret sale and those who are getting a new Nintendo Switch should read on for further details. The sale is expected to begin as early as this week.

Switch has already hosted the Black Friday discounts at the beginning of the holiday season, and now the company is all set to host another sale which will be just in time for Christmas. There was a Tweet from the company which had asked the fans to look out for a sale on December 19, 2019. But the Tweet has now been deleted. The post had mentioned that the sale will begin at 2PM UK time but no information was given on when it would end.

The post was also accompanied by an image of a Switch device which had flashed the word Sale!. Reports have said that more than 700 games would be offered on discounted prices and some of the games might also be reduced by 80 percent. Some of the games that many gamers would like to grab would be the titles like Pokemon Sword, Sheild, Luigi’s Mansion 3, Zelda Link’s Awakening and Mario Odyssey. The Breach is one of the best titles on Switch and the fans should surely look out for it. The fans of Switch can also look out for some of the classic titles like the Mario Kart 8 Deluxe, Super Mario Odyssey and The Legend of Zelda Breath of the Wild.

The news of the sale has come just a few days after Nintendo released a new Switch game freebie on the eShop.