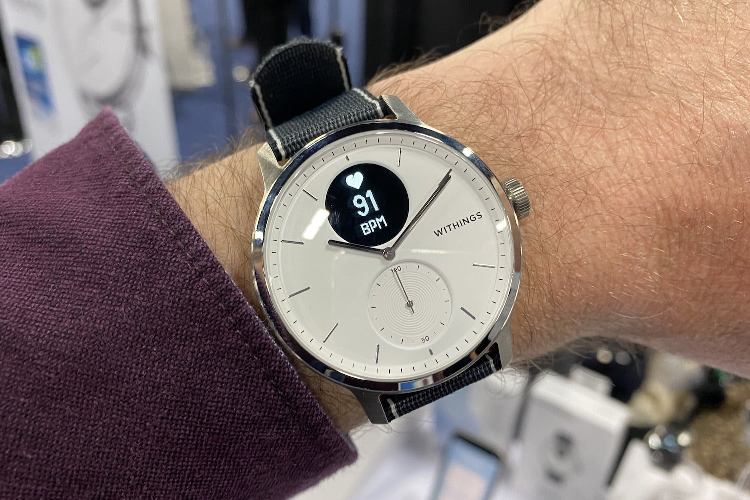 Consumer electronics manufacturing giant Withings based in France, is all set to launch its ScanWatch smartwatch later in 2020. The company is known for making smartwatches which are not just sleek but also have longer battery lives. The feature comes handy especially at a time when many smartwatches lack battery life. ScanWatch by Withings will also become the first from the French giant to launch a device that can take an ECG and can also detect if a person is suffering from sleep apnea.

Such a feature is also found in the popular Apple Watch and will help to monitor the heart rate of the user. The device is best for people who are vulnerable or are suffering from a heart ailment. ScanWatch will immediately intimate the user in case of irregular heartbeats. ECG can be taken by the device with the help of the three electrodes which are built-in. The results of the scans can also be checked in real time on the Withings Health Mate app. Another interesting feature of the smartwatch is its ability to detect sleep apnea. Now for those who might be wondering how that can be done, it can do with the help of the SpO2 sensor.

The watch will send everyday updates to the user about the apneic episodes (if one occurs) along with oxygen saturation that helps to identify if there are any such issues. The best part is that despite all of the above heavy features, it still provides a longer battery life with an estimated 30 days, which no toher smartphone delivers today.

The ScanWatch features a small PMOLED display that gives out information and alerts, instead of using the larger display, which helps to save a lot on battery. The company is at present waiting for the approval from FDA and CE before it is launched in the market. The 38mm of the smartwatch is expected to be priced at $249 while the 42mm version can be priced at $299.