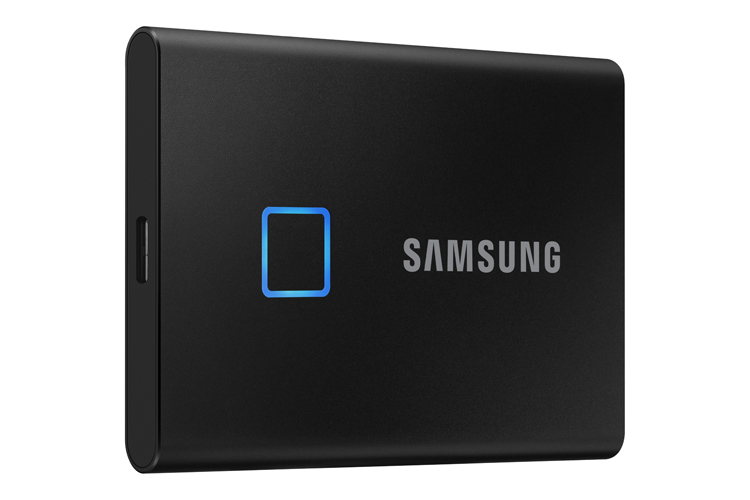 Once again South Korean giant Samsung has proved that it is not just all about its smartphones but is also focusing about other products as well. The company recently showed off the latest addition to its already popular T-series portable SSD fleet. Samsung has launched the Portable SSD T7 Touch, which can be used as an external storage drive that works faster as the T5. The news is that this is the first time the company has integrated a finger-print sensor for security.

Some of the characteristic features of the SSD device includes a USB-C interface with a support of USB 3.2 Gen 2 for 10 Gbps connectivity. Another feature of the SSD device is that it will provide backwards compatibility for the interfaces that no longer provide USB speeds. The T7 device is light weight with just 58 grams and measures 3.3 X 2.2 X 0.3 inches and is similar to the earlier versions of the Touch making it easy to carry and slip it in to a pocket.

Samsung has informed that the T7 Touch can recognize up to four fingerprints especially under situations when the device will be shared among more than one individuals. The users have to just hold their finger on the device to access the locked data. There is an LED light indicator which will help the users to determine if the drive is locked or unlocked. The company will also be launching a version without a fingerprint sensor.