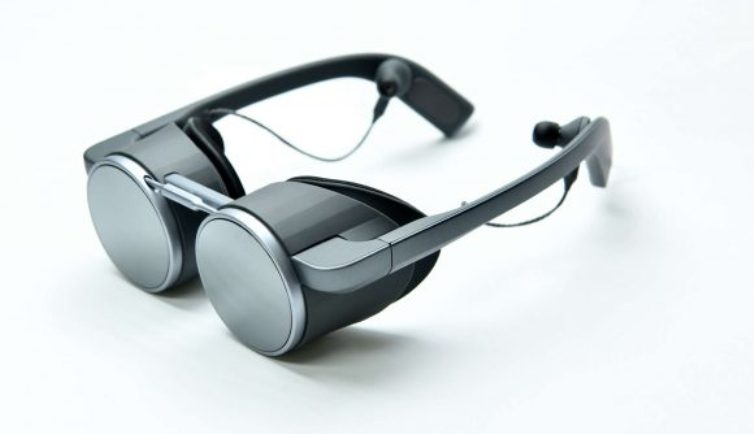 VR headsets might not be very popular in the market among the gadget observers, but Panasonic has attempted to impress a few analysers with its new VR glasses that has been showed off at the CES 2020. The major issue with the VR headsets was that they looked very much like just a box or like ski goggles that cuts off your connection with the world.

Although Panasonic has not actually solved the problem, but has taken a step further by introducing its VR glasses which has several improvements. They look more like glasses and not a headset very much like aviators. As expected, there are technical improvements compared to the other devices which are currently available in the market. The device has micro-OLED panels which have been jointly developed by Panasonic and Kopin that have very high resolution that hardly has any screen door effect, which is the main cause that pulls down most of the VR devices.

The VR glasses by Panasonic is also the first device that will support HDR which looked great and was successfully demonstrated at the CG demo of the interior of a Japanese temple. The demo had shown light actually reflecting from the golden decorations. The Japan based multinational giant has made use of its own audio tech for the VR device. It has the Technics drivers in the earbuds that has the ability to provide dynamic and rich quality sound.

Panasonic has also boasted that it has made use of optical designs and signal processing tech that can also be found in the Blu-Ray players and TVs of the company. But the catch here is that there are very low chances that such glasses would ever be able to be launched commercially. The company is more likely to concentrate on devices with 5G networks. Another point is that it can be a challenge to make VR glasses that have better quality and a better form factor.