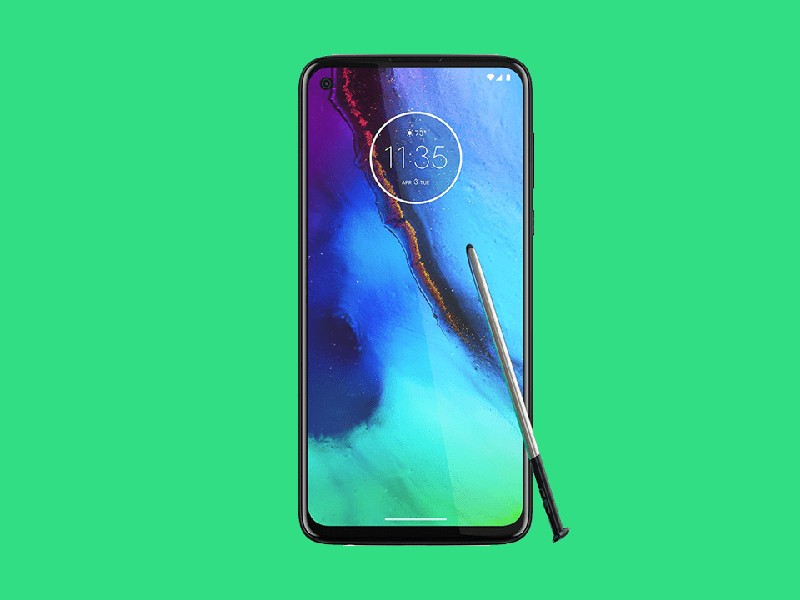 America based smartphone manufacturer Motorola, since years has always tried to stand out in the crowd with the help of its unique designs. In an era, when fancy foldable smartphones have become popular, it was Motorola which had long back introduced foldable devices which had become popular then. While many other companies are trying their hand in foldable designs, Motorola continues to make attempts to make itself standout. The company is currently looking forward to launch a phone that will have a stylus and will be competing with the Galaxy Note family of Samsung.

Evan Blass has always had reliable information about the upcoming devices and has shared an idea of what an upcoming Motorola Android mobile with a stylus could look like. Motorola had launched the Moto phone with a pen for the Windows mobile about ten years back. Blass did not give many details on the new pen phone but it will have a hole-punch camera and a user friendly interface off-course. There will also be a gesture bar at the bottom that has hinted about the Android 10.

It has also been clarified that it is not the Edge+ which is rumoured since long and is expected to be made for Verizon. The device surely seems promising but the phone enthusiasts will have to wait for some time as it is now clear as to when the actual phone is expected to be out for commercial sale. Moreover, nothing else is known about the device except for the fact that it will have a pen.

The Mobile World Congress is still about a month away and it still cannot be said if the device might be debuted at the event by Motorola. But here the biggest question remains, if the device would have a launch in the US or not. Many of the Moto phones in the US are available mostly through carriers.