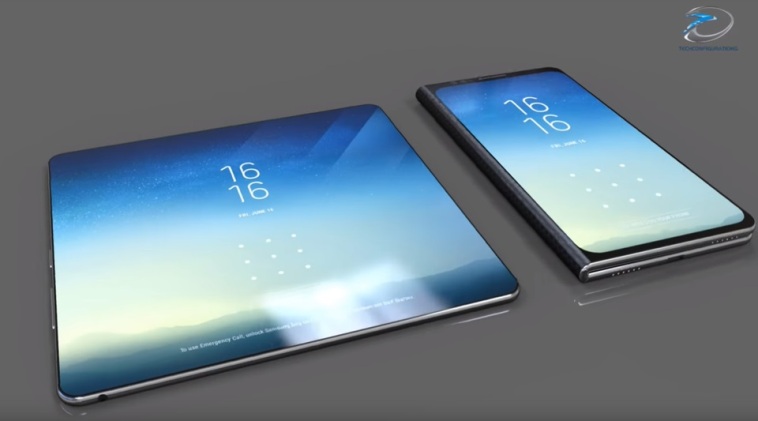 Foldable devices is the next big thing in the smartphone era and more companies are coming making attempts to make foldable devices with unique features and characteristics. There are possibilities that Apple might be the next tech company to join the foldable phone bandwagon. The news came out after a patent filed by Apple has been found.

The patent has shown a flexible display, which looks similar to the upcoming foldable devices which are all set to be launched by companies like Motorola and Samsung. On February 4, 2020, the US Patent and Trademark Office has published a patent that has been filed by Apple and has the title Electronic devices with flexible displays and hinges. The patent filing has shown a flexible display which can fold and unfold with the help of a hinge and has ample space between the folding portions of the display.

Despite the fact that the Cupertino based company has filed for a patent, it cannot be said that the phone might be available commercially in near future. There are a number of companies who file a number of patents but all of them do not necessarily get a shape and are sold commercially.