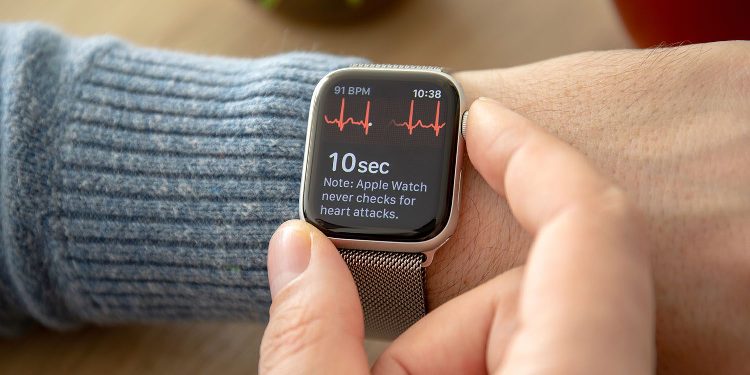 The Apple Watch is known for its popular ECG function and has now been helpful in detecting a heart condition in an 80 year old woman in Germany. The surprising part was that the device was able to pick up hints that was actually missed by the ECG diagnosis in the hospital. Apple has a number of times being lauded for helping to detect a potential hart problem and has also been appreciated a number of times with warning about a serious heart condition. In a recent case, the Watch was able to give a better evidence of a condition when compared to the reliable hospital equipment.

The patient in question had encountered two episodes of praesyncopy, where the person loses consciousness completely due to improper oxygenated blood supply in the brain. The doctors then advised a 12-channel ECG but surprisingly the tests did not find any kind of evidence that would convince them of ischaemia, which is a restriction in the blood vessels that can obstruct the blood supply. As the equipment of the hospital did not show any signs of ischaemia, the doctors came to a conclusion that this was something that was related to the patient’s complains about the previous ectopic episodes and it was recorded by the ECG function of the Apple Watch.

The recording by the Apple device had ST-segment depression, which is an evidence that allowed the doctors to take steps towards a treatment plan. The doctors were then convinced that the hospital equipment did not show what the Apple’s Watch had shown. The woman was soon sent to a laboratory for catheterization for a left stem stenosis and left anterior descending/diagonal bifurcation lesion.

The treatment involved coronary artery stenting. The patient was then sent home the next day. After the ECG feature success, Apple might soon include a blood oxygen detection in its Watch and this too seems promising.