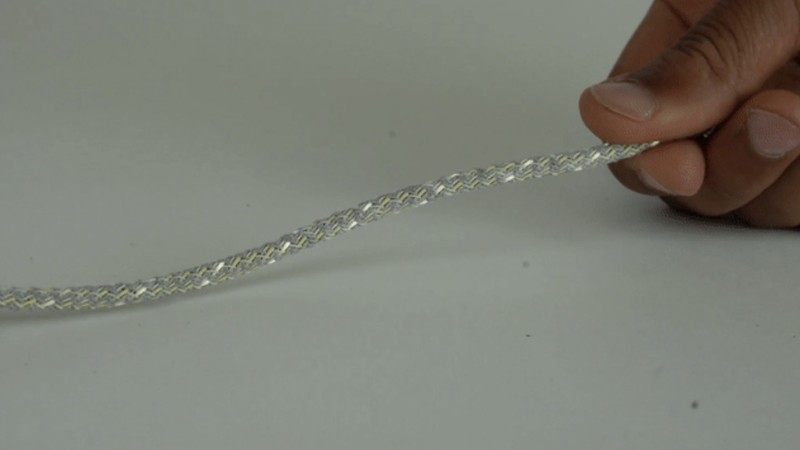 Search engine giant Google is working towards a next generation headphone cord that will have touch sensing for controls. For instance, the users can pinch, flick, twist, grab or pat the wire or could also slide it between the fingers that will help to trigger different functions. The users could tap the cord to play or pause, double tap to change the track and rolling the cord between the fingers could allow them to control volume.

The wire has braids and has fibre optic strands that can light up showing different colors that will allow the users to recognize what control they have activated. Details about the project were given by Google in its blog post last week. Not many are aware that it has already revealed a prototype at an event on artificial intelligence in San Francisco earlier in 2020. The cord has braids and has three or more material strands which are woven together. The cord uses the helical sensing matrix, which means it has the ability to sense a variety of touch controls anywhere on the cord.

The blog post mentioned that when the cord is pinched or rolled, it activates a set of electrodes that allows tracking a motion. The tech senses where the user has touched the cord, including what area, or how long it has been touched. The prototype of the headphone cord was tested with 12 participants and 94 percent accuracy was found in terms of gesture. Google while talking about the study said that the twisting of the e-textile is faster than the existing headphone when compared to a touch surface.

The new braided wire has marked the search engine’s latest effort in developing high-tech fabrics. Its Jacquard initiative was launched in 2015 and was a part of its Advanced Technology and Projects division. It also allows people to use their clothes and accessories to control the devices with a tap and gestures.