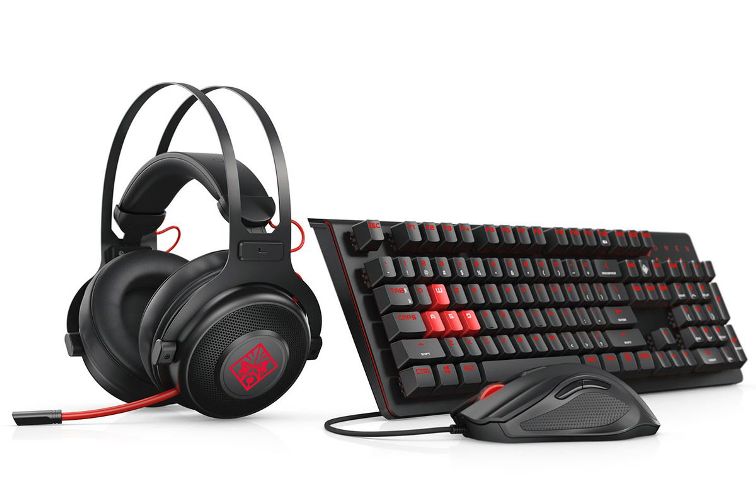 HP is dropping products just when it is needed the most. While many people continue to remain at home due to the coronavirus pandemic, the new gaming accessories from HP might be something that you might want to own. A new fleet of gaming accessories are out and includes new gaming mice and the company’s first wireless 2.4 GHz gaming headset. Talking about the gaming mice there is the Omen Vector which is priced at $49 and the Omen Vector Essential which is priced at $29.

Both the models are wired and weigh about 88g and have six buttons for the convenience of the gamers. It is pretty obvious that the Omen Vector is the premium one and the high end version of the two and has an Omen Radar 3 sensor which has a 16,000 DPI sensitivity. On the other hand the smaller version known as the Vector Essential is equipped with the Omen Radar 1 sensor and has about 7,200 DPI sensitivity. The expensive Omen Vector has a good rubber grip with texture on the side for a better grip and also has more LEDs.

The Vector Essential is made of plastic only and does not feature a rubber grip. But if they are seen physically, there can hardly be any difference between the two and look about the same. Talking about the wireless headset the HP X1000 is the first wireless 2.4 GHz headset and has a 7.1 virtual sound with the ability to connect to PC and PS4. There are also possibilities that it could also be connected to the Nintendo Switch dock with the help of USB wireless dongle.

The X1000 is a gaming headset and has a very convenient headband. One of the features is that its boom mic turns red when the user hits the mute button on the edge of the left cup. It is also the place where all other controls are found.