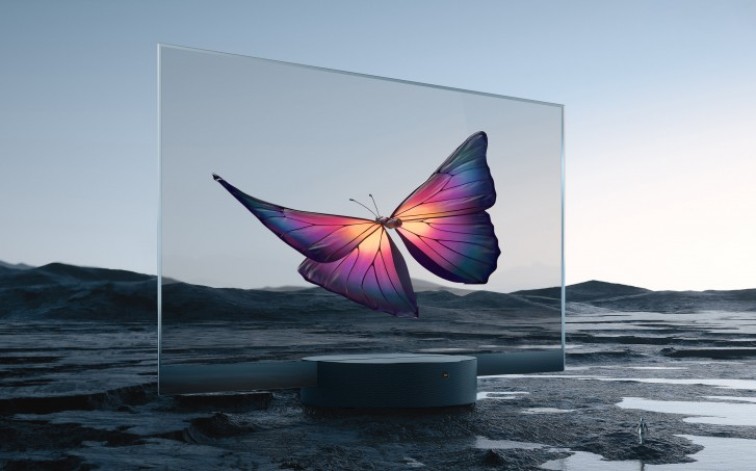 Chinese tech giant Xiaomi is celebrating its tenth anniversary and to mark the occasion, the company has launched the ultra luxurious Mi TVLUX OLED Transparent Edition. It is the first transparent television that has been mass produced for sale. Xiaomi has claimed that the new transparent TV treats its viewers with an ultra immersive viewing experience and it looks like pictures floating in the air. Going by what it is offering, it is certainly going to be expensive.

The new Mi TV LUX OLED Transparent Edition is all set to go on sale in China on August 16, 2020 and will be priced at 50,000 yuan or $7,200. It is a 55 inch TV that has a 120Hz refresh rate with a contrast ratio of 150000:1, 93 percent color spectrum support, Dolby Atmos support and 1ms pixel response time. CEO Lei Jun of Xiaomi was present at the event and boasted about the new transparent TV by putting his arm behind the screen and it appeared as if a butterfly was sitting on his hand. When the TV was switched off, it appeared like a clear glass.

However, it can be noted that Xiaomi is not the first company to launch the transparent TV. It was LG that launched the 55EW5F-A and is primarily used as a signage. These could be seen at the shopping mall billboards. But Xiaomi has claimed that its transparent TV could be used at the galleries, museums, theatres, shopping malls as well as at home. Having a transparent TV at home surely seems like the perfect idea of ultra luxury.

Xiaomi has said that it is not just a TV but a piece of art. It surely seems that the TV is going to be popular among the gadget observers, but the company has not yet indicated as to when the MI TV LUX OLED Transparent Edition will be available in the United States or other countries.