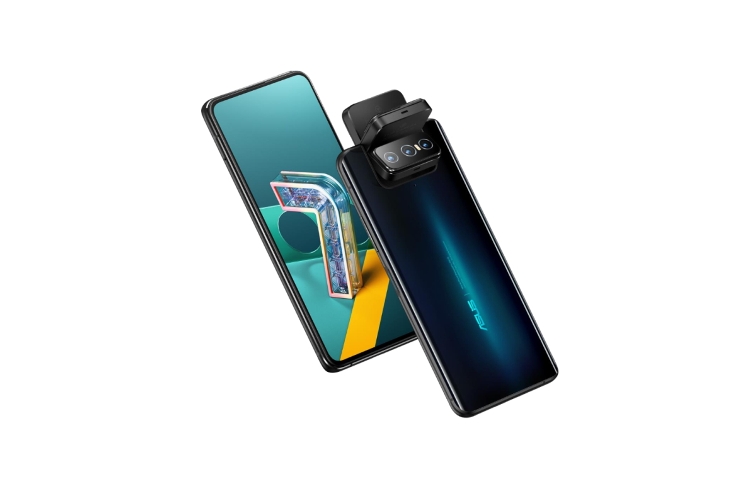 It was in 2019 when Asus had managed to impress the smartphone watchers with its Zenfone 6 that had flipping cameras. Now the company is returning with the new Zenfone 7 and the 7 Pro. The new devices also have the rotating cameras like that was seen in the previous models and also have the same huge 5000mAh batteries. New gadgets surely have to come with new features and the Zenfone 7 and the 7 Pro are not here to disappoint.

The smartphones by Asus have an extra Zoom lens in the camera array along with a fresh OLED Display with a 90Hz refresh rate. The company has said that it is planning to launch these new smartphones in the European market on September 1, 2020. No word has been given about the launch in the United States. The exact pricing of the device in Europe has not yet been announced but has gone on sale on August 26, 2020 in Taiwan where the price of the Zenfone 7 is NT$21,990 and the Zenfone 7 Pro is priced at NT$27,990.

It is the flipping camera array that remains the actual attraction on the Zenfone 7 likeit was noticed in 2019. The users can with a tap of a button bring the camera sensors from the back of the phone to the front. This means that there is no display notch and the users will get the flexibility to take their favourite selfie clicks like the users can do with the rear camera. There is a 64 megapixel wide-angle camera, 12 megapixel ultrawide camera and a 113 degree field of view with an 8 megapixel telephoto camera. There is also an 8 megapixel telephoto camera with 3x optical zoom.

Asus explained that it brought back the flipping mechanism that the users had loved and it can survive 200,000 flips instead of the earlier 100,000 the Zenfone 6 could withstand. The Zenfone 7 and the 7 Pro is expected to be equally popular like the earlier phones.