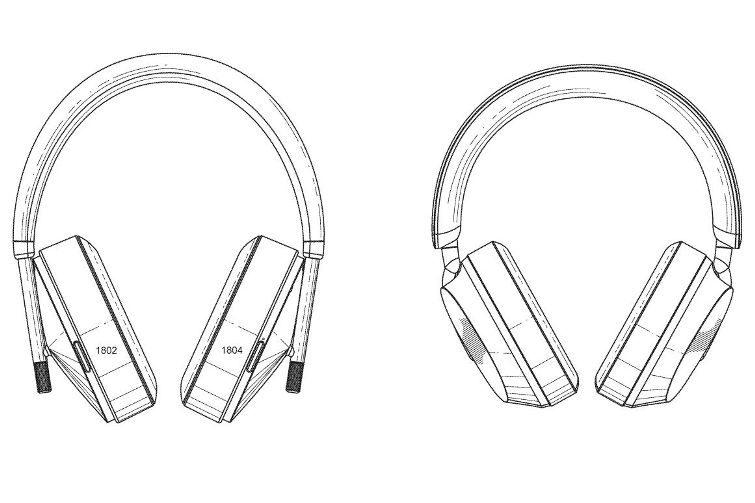 California based audio products manufacturing giant Sonos has been recently awarded with a new patent that has hinted that the company might soon work hard on the first pair of wireless headphones. The recent patent that has been awarded has shown the possible design and its functionality. A couple of designs have been hinted and look similar to over-ear headphones that look similar to that of Sony and Sennheiser.

The features has also mentioned about support for a number of voice assistants with the help of wake-words along with some features that are specifically found with Sonos and include its integration with an existing multi-room speaker set up. The California based company has been working on the new pair of headphones for about a year and it was in 2019 when the first reports of the headphones had surfaced. It was then also reported that the audio device would be priced around $300 and would have support for multiple vice assistants.

It was then also said that the new headphones could also be launched by 2020. Launching a new pair of portable headphones would be a good change of pace for the company which has otherwise focused on making wireless speakers for home. Moreover it has also been reluctant ob using Bluetooth audio which also remains the only option if a wireless headphone has to be made.

In 2019, the company had launched the Sonos Move which is the first portable speaker that was battery powered and also worked on Bluetooth that had indicated that the company had then started to make some changes in its working pattern. Now a new product in a new category would be pretty potential for Sonos that has struggled amidst the coronavirus pandemic. In the month of June, the company had announced that it will be laying off 12 percent of its workforce and would also shut down its stores in Manhattan.