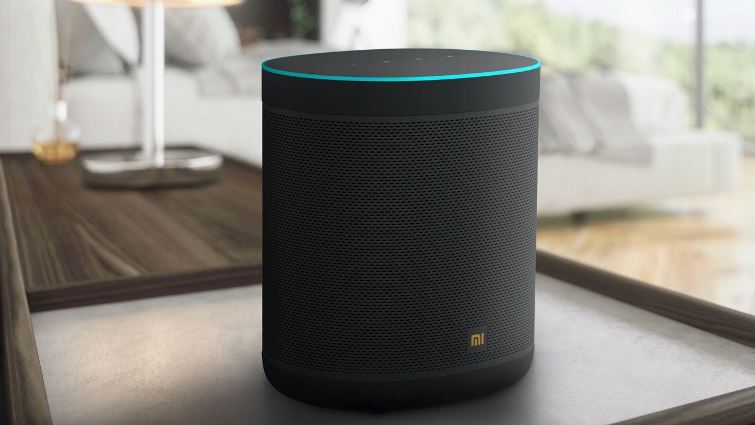 Chinese smartphone giant Xiaomi is already popular for its affordable huge range of smartphones. In recent times it has also ventured in to a wide range of home products that includes TVs and other devices. The talk of the town right now are its range of smart speakers that are powered by a local voice assistant. The only problem is that it only speaks Chinese. One of the speakers is now all set to make an international debut and will be called as the Mi Smart Speaker with Google Assistant and Chromecast.

The new Mi Smart Speaker is similar to that of the Google Home and can deliver up to 12W output with the help of 2.5 inch forward facing driver. There is a directional audio feature that can be used when the user is pairing two units to imitate a stereo set up. There are touch controls on the top of the device and it can be said that they have got a lot of inspiration from the Amazon Echo devices. It has two microphones with a good range so it can pick up the voice commands with ease. The design also takes some inspiration from the Bose home speaker devices.

The Mi Smart Speaker is powered by the Google Assistant and has a trail of features and the ability to speak in English and Hindi as it was first launched in India. The Xiaomi Speaker can be set up with the help of the Google Home app and has been priced at $55 for the Asian markets. A few of the Asian e-commerce giants are offering the device on a discount.

The buyers of the speaker will also be able to get a year long free subscription of a local music streaming app Gaana.com. Smart speakers have been competitive in a number of markets and one from Xiaomi surely will give other giants some pain in the neck in terms of competition.