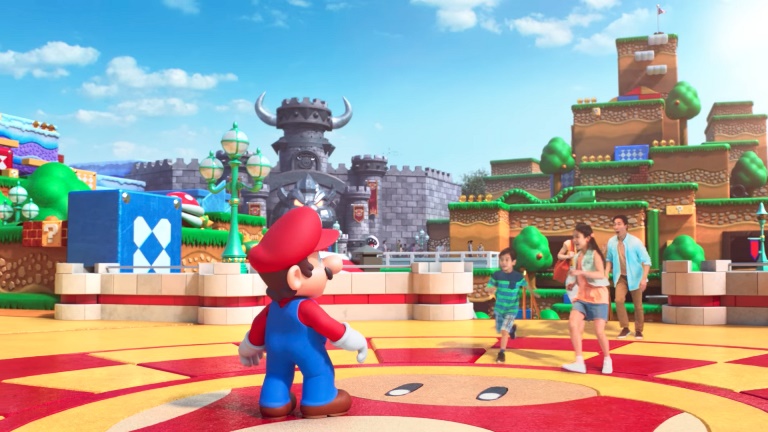 The gamer’s paradise and theme park Super Nintendo World is all set to open in early 2021. The announcement was made by Universal Studios Japan and will be the first theme park in the world that will be based on the characters and the world of Nintendo. The Super Nintendo Theme Park was originally expected to be opened before the 2020 Summer Olympics in Tokyo. However, due to the coronavirus pandemic the games as well as the opening of the theme park was delayed.

Apart from the theme park, Nintendo is also all set to open a themed café and a store at the Universal Studio in Japan’s Hollywood area. It is due to be opened as soon as next week. Since the café is themed, Nintendo has come up with some interesting food items on the menu and that includes mustachioed fruit cream sodas, Mario and Luigi themed pancake sandwich, Super Mushroom beverage that will be served in a tropical bottle and more. The store will also sell merchandise including t-Shirts, pouches and cushions.

The café and the store is all set to open on October 16, 2020. Overall, the Super Nintendo World is the first attempt by the gaming giant to venture outside the world of video games. The guests at the park will be able to have wrist bands that could be paired with a mobile app. They will also be able to be a part of the coin-collecting metagame. Apart from the unique attractions, there would also be some traditional attractions that are usually found in a theme park.

There will also be the Mario Kart ride and others that come out straight from the world of Nintendo. Universal Studios and Nintendo are planning to open such stores and cafes in Hollywood, Singapore and Orlando as well in future. With the recent announcement, the gamers cannot contain their excitement.