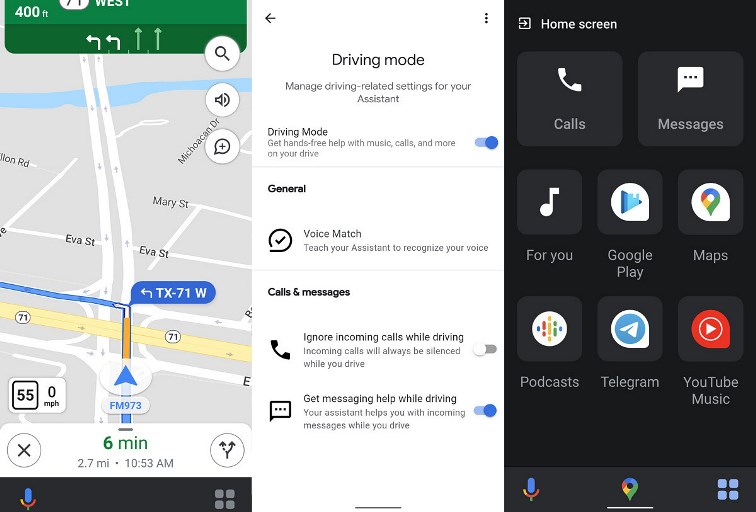 It was in 2019 when the Google Assistant Driving Mode was launched and now it has started appearing in some of the Android devices as well. However, it has been observed that the user interface looks a little different than that the search engine had showed off at the I/O developers conference that was held in 2019. A leading daily had observed and noticed that something could be out in two weeks back when a new navigation interface was noticed on Google Maps.

At the same time it cannot be said that the rollout of the new mode on testing mode or will be actually available for all the Android users. Some of the users have noticed the new driving mode on the Google Pixel 4, LG Velvet and Asus ZenFone 7 Pro. It is being predicted that the new mode will come as a replacement for the Android Auto app on the smartphones. The new mode also seems as per what it had promised to a leading daily in 2019.

When the new mode was introduced, the company had talked about a number of interesting features for it, but it is not clear if all those features that it had promised would be available or not. The service was expected to be available on all the Android phones with the Assistant using the command “Hey Google Lets Drive”. The voice command would pop up a dashboard that would have activities that are drive friendly along with other personalized recommendations.

Moreover, the drivers would also be provided with infotainment features for the vehicles that are not equipped with the touchscreen displays. However, for now users have noticed that the voice prompt is not working on the devices enabled with the new mode. To check of the device has the Google Assistant Drive Mode, one has to open Google Maps and then tap on the navigation menu and select Google Assistant Settings. If the service is not enabled, it will take the user to the main Assistant Settings session.