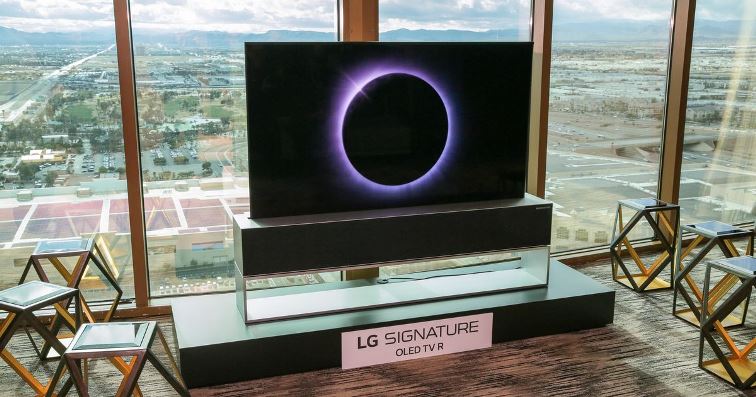 South Korean electronic giant LG has constantly shown its ambitious side in terms of technology. Whether it has been home appliances, TVs or smartphones, the company has constantly crossed its own limits and shown the world how ambitious it can be. Since a long time the company has been teasing its rollable OLED TV and now it is finally out. The RX Signature OLED R has been launched in South Korea on October 20, 2020.

The new rollable TV has a 65 inch 4K display that has the ability to tuck away in its based just by the click of a button. The TV can hide itself completely and apart from that the company has also assured that it has different settings like it had promised during the CES previews. The settings are related to Line View, Full View and Zero View that can be used at different situations.

It was in 2019, when the company had showed off the Line setting that shows a small amount of the display from the base and shows the clock, controls music that is being played and also shows pictures. The device also has the ability to reduce the amount of visible space that will now show the black bars when the user is watching a movie.

The actual aim of LG with the launch of the new TV is to give the users a premium picture quality without having the need to have the room or wall space dedicated to a TV which is otherwise used only rarely. The rollable OLED TV is priced at $87,000 or 100 million KRW and comes with an aluminum base. The interesting part is that the buyers can also have the option to engrave a personal message on the base. There are four colors for the speaker cover but so far there is no news if the TV would be launched outside Korea or not. However, interested buyers should continue to watch this space.