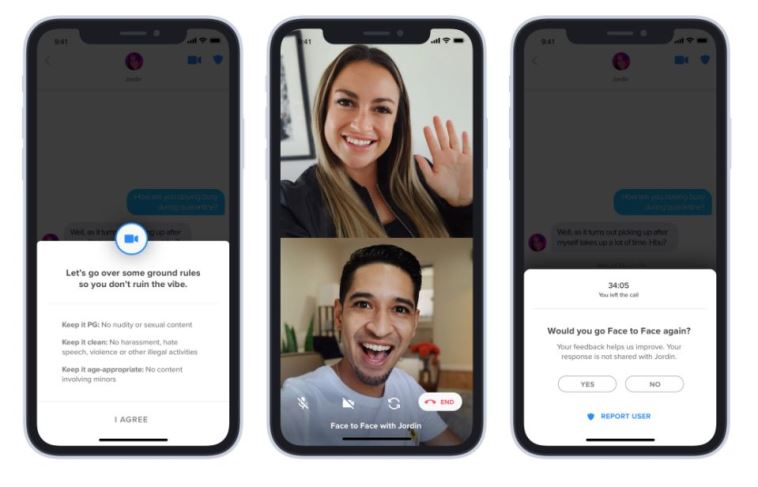 Virtual meets have become more valid and popular in recent times due to the coronavirus pandemic. Popular dating app Tinder is rolling out a one-to-on video calling feature for its users. Due to the pandemic, it has become tough for in-person dating possibilities due to which such a feature has been launched. Tinder said that the new feature has been launched as they want their users to remain safe.

The feature is available for free and is called as Face to Face but could be only enabled if both the people want it. If just one clicks on the video icon, then the other person will not be alerted. This clearly means that the feeling and consent has to be mutual. Another dating app Bumble already allows video calling for it users. However it is not so easy to activate the feature and has been built by the trust and safety team of Tinder. The two people involved can only chat with each other if both of them are facing the camera.

There are also a few other safety features within the feature that includes – it can be disabled, at any time, the callers involved need to agree to a few set of rules and the users can send a report to the company at any time once the call ends if something has made them uncomfortable. The feature was earlier tried among a small group in a few countries , but now it is all set to be rolled out across the globe.

Rory Kozoll, the head of Trust and Safety Product at Tinder said that they are excited to share the new Face to Face feature with the global community after they have received a positive feedback from the members who have been able to have an early access to it. Kozoll added that this is one of the number of other features that focuses on the member safety throughout the dating journey.