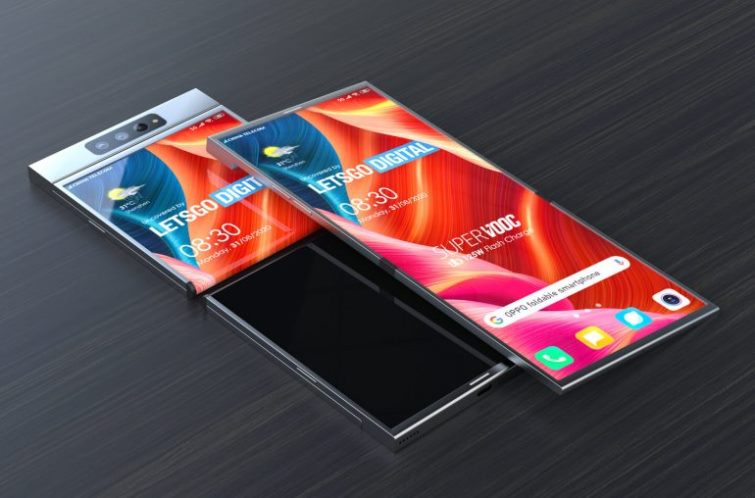 Chinese smartphone giant Oppo has revealed that it is all set to unveil a new smartphone that will have a retractable as well as a flexible screen which is likely to be unveiled this week. The new smartphone is expected to be out at Oppo’s second Inno Day 2020 event that is all set to be held on November 18, 2020. The event is also expected to have promotional materials that will talk more about the new era of the screen.

The smartphone giant has shared an image on its official Twitter account and also on the Chinese social networking site Weibo which has shown a display that stretches out in the darkness. The post mentioned, “Big screen? Small screen? Infinite Screen? In the future, your mobile phone may be able to retract freely”. Oppo stands fifth largest smartphone maker and is behind some of the giants like Huawei, Apple, Samsung and Xiaomi.

The company is known for its mid-to-low range of smartphones and has managed to ship more than 100 million handsets in the year 2019. But in recent times Oppo has made efforts to stretch its sales beyond its domestic market but even then the sales figures of the company outside China remains small. Talking about the upcoming smartphone with a new technology, it cannot be said if it will be available in the Europe and the US market.

There are also chances that the company might just be boasting about its new technology and might not be ready for commercial sales. However, it is not just Oppo that has a retractable technology screens, but even South Korean giant LG has already rolled out a rollable TV and might be working on a smartphone with a similar tech. The smartphone by LG might be called as Wing or Slide and is expected to be launched by March 2021. If the tech proves to be practical then retractable displays will be the new found love for the smartphone sector.