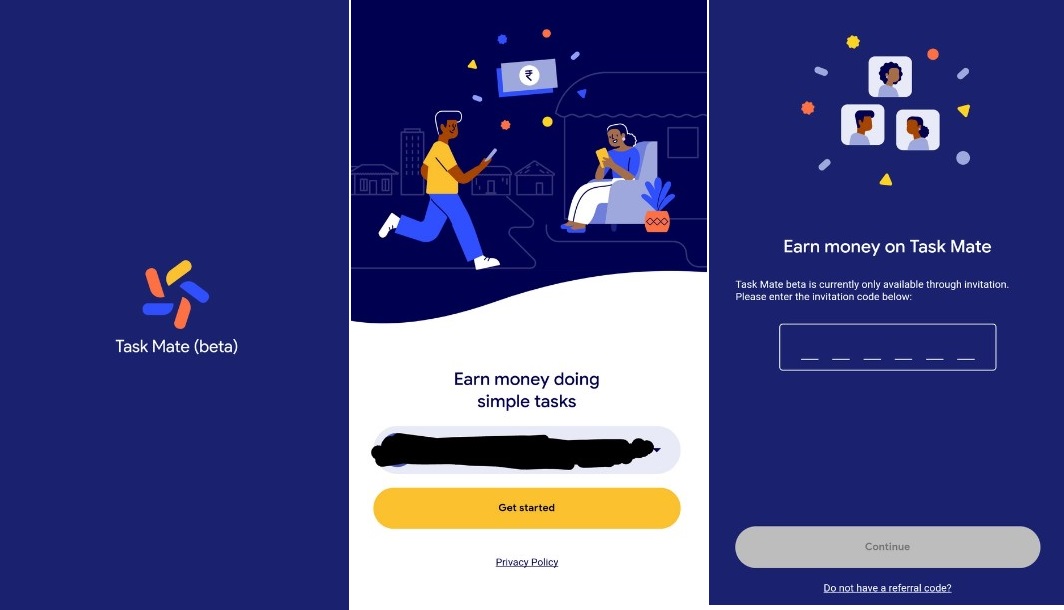 Search engine giant Google is testing a new application known as the Task Mate for the Android platform. The name would suggest that it could be an automation tool, but is not the case. To everyone’s surprise, Task Mate is an application that will allow the users to earn money by performing just a few simple tasks on the smartphone. Now some might see this similar to the Google Opinion Rewards, but Task Mate is different.

The new application is currently under testing stage and Google has only allows limited number of users who can access the app with the help of a referral code. In future, more testers will be able to join but only with the help of the referral code by an existing tester. The application can be downloaded from Google Play Store, but the users cannot proceed further without the referral code. Task Mate allows to the users to cash the rewards or the earnings as they can link their e-wallet or an in-payment partner.

On the other hand the Opinion Rewards only gives away Play Store credit when they complete a task. With Task Mate, the search engine is not going to limit its own service but will be featuring tasks from businesses across the globe. Google has also said that the tasks that will be provided will be fairly simple. The tasks have been categorized in ‘Sitting’ or ‘field’ tasks. The names of the categories clearly tell the nature of the task. Sitting tasks would be those that can be done by sitting at a place like record some spoken sentences or transcribe sentences and check the shop details.

The field tasks could include field tasks that will require the person to track how many minutes to have to walk or the search engine might tell the user to go to a location that is nearby and take a picture of a business that is present there.