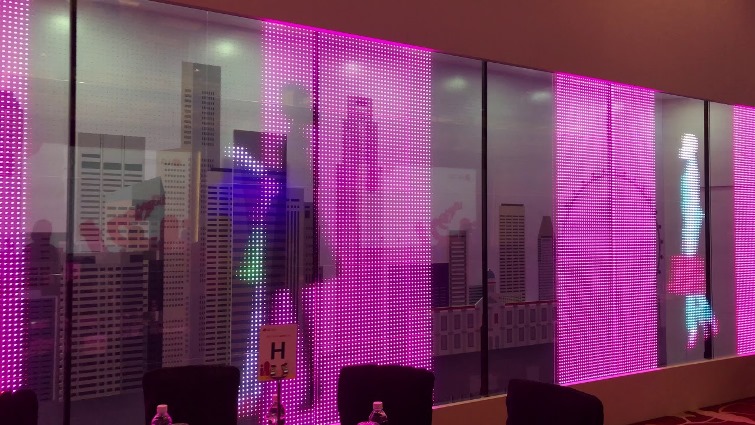 South Korean giant LG has joined hands with Assa Abloy Entrance Systems which is a Swedish manufacturer. Together the companies will be developing sliding doors that will have built-in transparent OLED displays. The official announcement was made by LG on December 7, 2020. The announcement revealed that the sliding doors are aimed for the businesses. Some of the features of the sliding doors include that it would greet the customers, communicate with the employees and can also show ads.

LG in recent times has been focusing on its transparent displays and in early 2019, it had unveiled a range of transparent signage. The panels will now be used in the actual world and would be brought out commercially. It was in the month of August, when LG said that the displays were used on the windows of the subway carriages in Shenzhen and Beijing in China. Reports say that Panasonic and Xiaomi OLED TVs use panels from LG.

Samsung is another major display manufacturer in South Korea. The company has in the past also tried its hand in transparent OLEDs. But it was in 2016, when reports mentioned that it has stopped the production of such transparent panels. The reason behind the sudden decision was not known and was not even revealed by the company. It could be due to lack of success or lack of its practical usage in real life.

The announcement from LG seems encouraging, but it has not mentioned as to when would the high-end sliding doors with displays would actually drop in the market for commercial use. No time span has been mentioned by the south Korean giant. But considering the fact that an official announcement is out, there are all the chances that the day is not far away. Very soon the shopping centres might be able to have such technologies in place as a treat and eye candy for the customers.