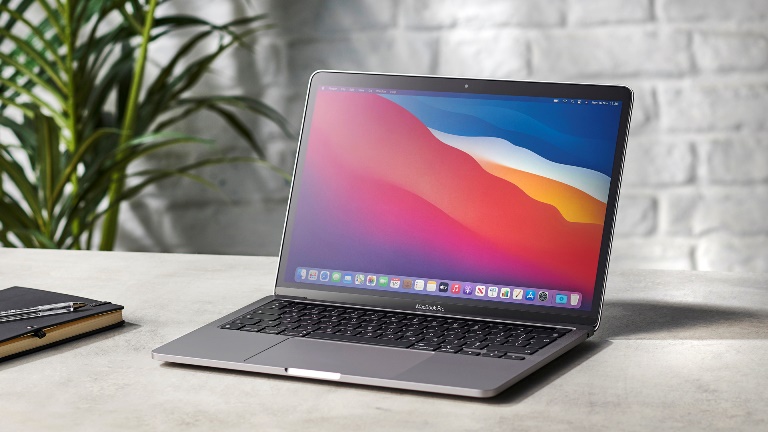 Earlier the 256 GB Model was being offered for $1,200 earlier in December, 2020. But even the recent discount is a great offer. While talking about the review, the MacBook Pro M1 performs much better than the MacBook Air and one of the major reasons behind it is that the device is equipped with a fan that keeps it cool. On the other hand the Air has to depend on the heatsink. But here the system becomes slow during the workloads like rendering of lengthy videos.

The MacBook Pro is also pretty impressive when it runs the universal apps that have been built for the M1 chip and also tries hard to emulate the Intel Software well. Some of the professionals might find the two-USB-C ports as limited and a big drawback. Another drawback is that it supports only one external display. Moreover, the device is made on Apple’s new ARM-based tech so it does not have any support for the external GPU. This means that people who might have problems with such drawbacks, could instead go for the Intel-based MacBook Pros.

But while talking about the performance on an everyday basis, the M1 based MacBook Pro and the Air had performed in a similar way. So even the Air, that comes at a price of $1,250 for the same specifications, can also be a great deal. The only difference is that the Air is a lighter device.