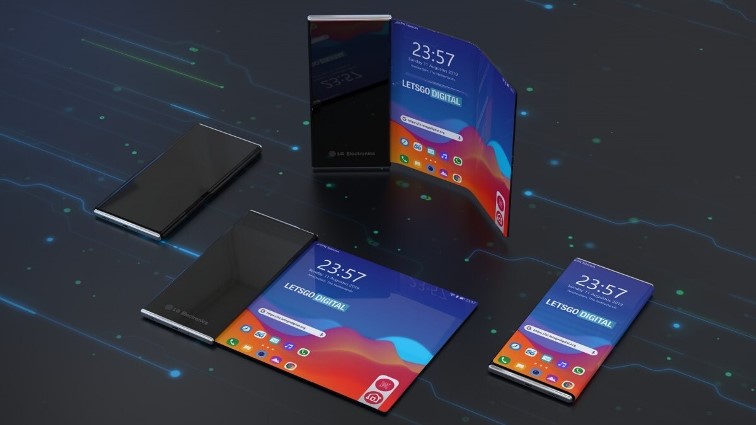 South Korean giant LG is known for its out of the box innovations. Since the past two years, the company has been working on a smartphone that will have a rollable screen. It will mean that the device will have a display that would begin as a phone-size and would then stretch out in to a small tablet. The device is not yet ready but it seems like the company cannot wait to show what is ready for the gadget enthusiasts. The first glimpse of the upcoming rollable screen device was shown off at a teaser at the CES 2021 press conference.

LG has not gone in to the details of the upcoming phone, but somehow, it has been confirmed that it would be called as the LG Rollable when it actually launches. The name of the device is not very innovative and interesting, but it is expected that the smartphone would be promising. Reports say that the company had zeroed on a rather funny name, but was then replaced with the most recent name that has been revealed. The device was code-named as Wing.

While talking about the new Rollable, the new smartphone by LG is expected to be a visual treat and would be a response to the already existing fleet of Samsung’s foldable phones. If compared, the Galaxy Z Fold 2 comes with a long and narrow external display with a spacious interior while the single screen of the Rollable is of the same size of the traditional smartphone and then it opens in to a small tablet. If the design is what is narrated, it is expected that the Rollable’s display will not have the crease that is usually found on the foldable phones.

LG has indeed shared on how the mechanism works, but it cannot be said how reliable it could be. After the foldable phones, the rollable phones are yet to reach the critics and external testing.