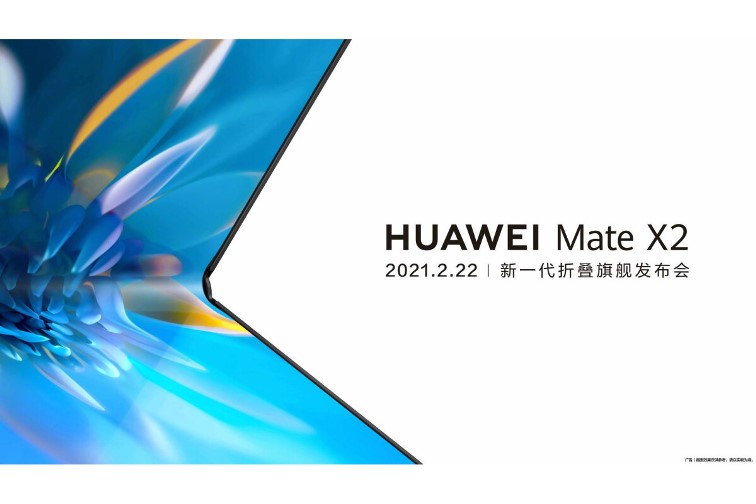 If you think that the trend for foldable phones is going downwards, think again. After Samsung, Huawei has revealed about its plans to announced its new flagship foldable phone later in February, 2021. The announcement has been made on the company’s post on the Weibo account. The upcoming flagship phone has been named as the Mate X2 and going by the name it seems like it could be a sequel to the original Mate X.

The upcoming flagship phone is expected to be faster and better. Huawei in its cryptic teaser image has indicated that the upcoming Mate X2 could have the ability to switch in to a different folding design altogether. It could be similar to that of the Samsung Galaxy Z Fold. The Mate X series had just one panel that had wrapped the outer cover when it had closed and was similar to the Flexpai devices by Royole, which was one of the first devices to come up with the new generation foldable phones in the market.

Not many details have been given out about the Mate X2. It is expected that the device could be powered by a Kirin 9000 processor that is also found on the Mate 40 Pro. The only thing that is going to continue is that the company will still not be able to add the apps and services of Google due to the ban by the United States that was implemented by the Trump administration.

This means that the possibility of the device being available outside China becomes bleak. But that could change, unless something changes with the entry of the new Biden administration. Unless an official announcement is made, nothing can be done by Huawei. The hardware by Huawei has always been appreciative. More details about the upcoming foldable device are expected to be out on February 22, 2021. The market for foldable phone is surely here to stay.