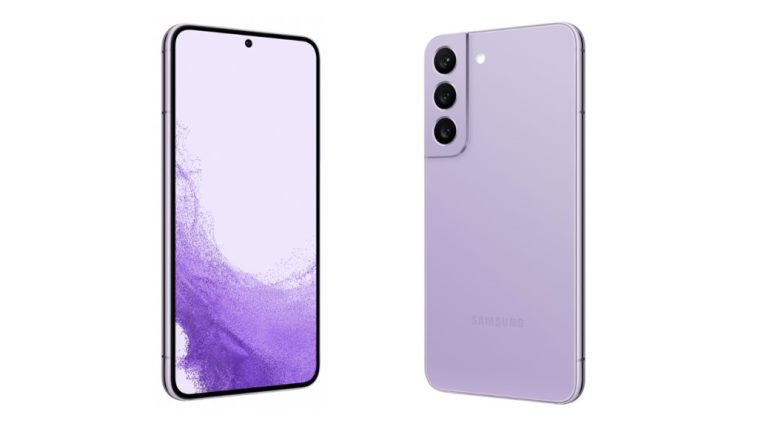 South Korean giant Samsung has launched a new purple color version of its Galaxy S22 and is officially known as Bora Purple. Samsung in its press release has mentioned that  the term Bora is  the Korean word for purple which means that the new version is actually known as ‘purple purple’.  The new Bora Purple Galaxy S22 will go on sale from August 10, 2022 for $799.99 which is the same price of the original Galaxy S22.

Ever since the launch of the Galaxy S22, the base model is available in a similar color  and has called it as ‘violet’. But the earlier version was a lot lighter  and was towards the pink shade  with some gold detailing on it on the camera and around the frame. The new purple color is completely uniform across the back of the device, camera bump and the frame. The announcement by Samsung has assured that more devices will be available in this color by the end of 2022.

Samsung also expressed that they are excited to introduce Bora Purple for the S22 first and will be introducing the color for more Galaxy devices later in 2022. On August 10, 2022 Samsung is also expected to host its next Unpacked launch event where the company might provide glimpses of  some of the upcoming devices.

The earlier violet version of the device was online exclusive and could be purchased from Samsung directly. But the new purple color device will be available across different sellers  and resellers apart from the company’s own online store. The online stores where the device will be available include Xfinity Mobile, Verizon, T-Mobile, AT&T and UScellular. Samsung has managed to revive itself from the COVID-19 pandemic downfall and is doing its best to deal with every hurdle that comes its way and it includes the supply constrains. The new purple version would attract customers who are sensitive over their color choices.