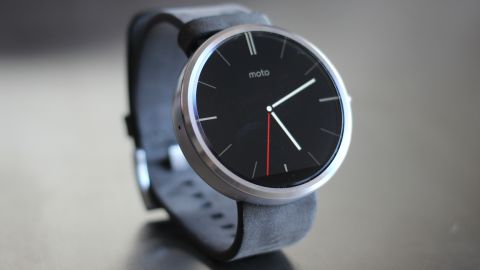 Motorola had launched the original Moto 360 in 2015 and had turned out to be a huge hit among the gadget enthusiasts as it was one of the most attractive smartwatches in the segment. The launch of the device was not so smooth as expected, but since it as the first Android Wear watch, it managed to make a great impression especially among the fans who are fond of wearables. Slowly, with many other devices in the market, the Moto 360 lost its glory. But it is now all set to make a come-back. The Moto 360 has now been given a fresh look and will soon be brought to the masses.

The smartwatch will feature a Qualcomm Snapdragon Wear 3100 platform with 8 GB of storage and 1GB RAM. It also features an always on display with fast charging abilities which will go from zero to 100 percent in just an hour. It also has a day long battery life along with a battery saving mode that will show the time displayed for three days in a go even if the battery is critically down. The most important characteristic of the device is its looks that never fails to impress the fans.

But this time it is not Motorola behind the return of the Moto 360, but eBuyNow. Not many are aware that Motorola jointly works with eBuyNow. It is still not clear if the partnership between the two companies would affect the return of the device in anyway. The website of the company has mentioned that it has an experience of 15 years in the segment. But it has to be seen if the new Moto 360 will have the same charm and will be able to attract the same number of people that it had done when it was launched earlier.