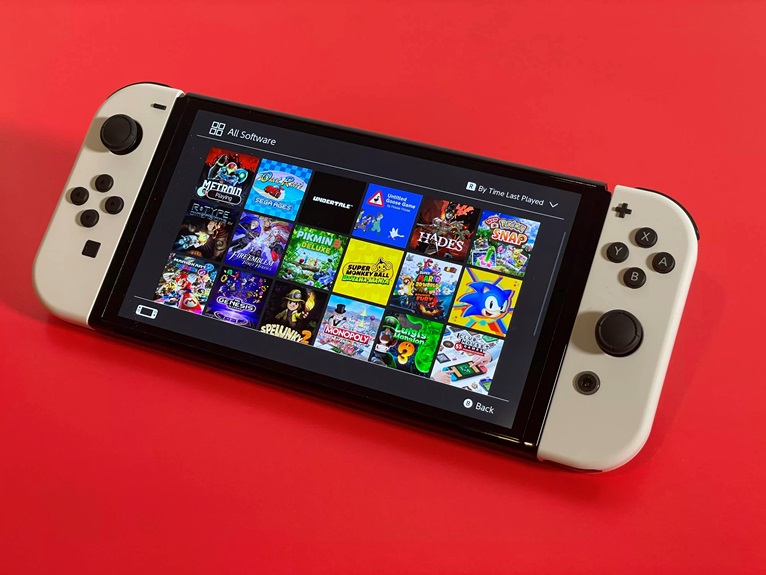 Gaming giant Nintendo has come up with its latest financial report which has given an idea as to how many units of Switch devices it has managed to sell. The figures look good as the combined count of the Nintendo Switch OLED Model, Nintendo Switch Lite and the Nintendo Switch comes to 107.65 million units which means that it is not inching towards the remarkable 110 million count. Despite the promising numbers, Nintendo has revealed that the sales of the Switch has gone down by 20 percent year-on-year.

The company has blamed it on the shortages of semiconductors and other components. Nintendo has also made a special mention about Animal Crossing: New Horizons as its high driver of sales during the last financial year. Talking about the details of how many Switches the company has sold – the total number of Standard Switches sold during this period was 13.56 million. The company sold a total of 23.6 million units of the Switch, 5.80 million units of the Switch OLED and 3.70 million of the Switch Lite.

The Switch has been a popular console among the gamers. The games like Xenoblade Chronicles 3, Pokemon Scarlet and Violet and Bayonetta 3 are all ready to be released this year and the company is expecting that its sales graph would grow as the games are released. One has to wait and watch if the Switch consoles manage to catch up with the sales of the DS and Game Boy.

The launch of fresh games has always come as a positive sign for the console sales for the company. Nintendo also faced great sales during the initial phase of the coronavirus pandemic when many people were locked inside their homes but continued to order their favourite consoles. Nintendo managed to be the favourite of the gamers across the globe and has a fan following across a number of markets like the United States, China and Asia.