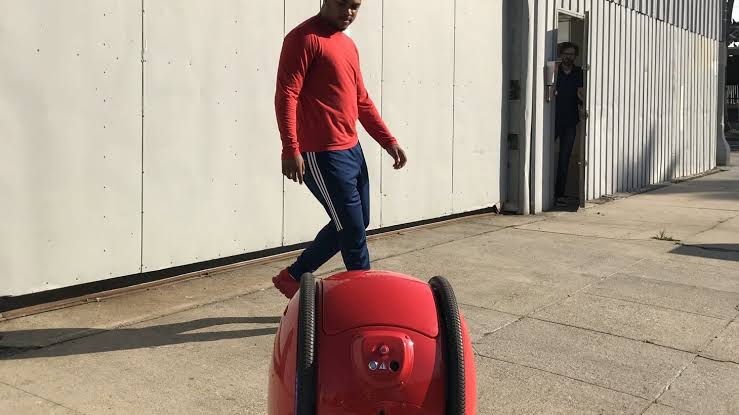 Technology keeps updating itself everyday. There might be a day when robots will soon replace the humans at work places. This holiday season will see the first cargo carrying robot that will be directly marketed to the consumers for sale. The device will be like a dog that will follow the users who need not carry the items home. But the question remains, if the users would be ready to actually give up their car for a two wheeled rover that would follow them as a dog. The new device is known as the Gita (Jee-Tah) from the Italian company Piaggio.

While other companies like Amazon, FedEx and Ford are already trying to launch similar devices that would work as delivery robots to the doorsteps of the customers. Piaggio is the Italian manufacturer that makes the popular Vespa scooters and has offered a new and stylish device that weighs just 50 pounds and is priced at $3,250. The machine can be a good companion for those who want to just pick up some groceries or vegetables that last for a week. The best part is that it is hand free and will follow the owner where ever they go.

Greg Lynn, the CEO of Piaggio’s subsidiary Piaggio Fast Forward said that the company is focusing on bringing out the people who can actually walk to a short distance and avoid usage of vehicles. While the machine seems interesting, the industry experts have already declared the machine as a failure unless a more practical application could be found such as carrying tools around the warehouse, factories of hospitals.

The Gita does not need a phone or any other tracking tech like the facial recognition or GPS. Jeffrey Schnapp, the co-founder at Piaggio Fast Forward shared that the machine just locks itself to the user and tracks them. The wheeled cargo robots have already made its way in to the market, but have their own limitations for now.