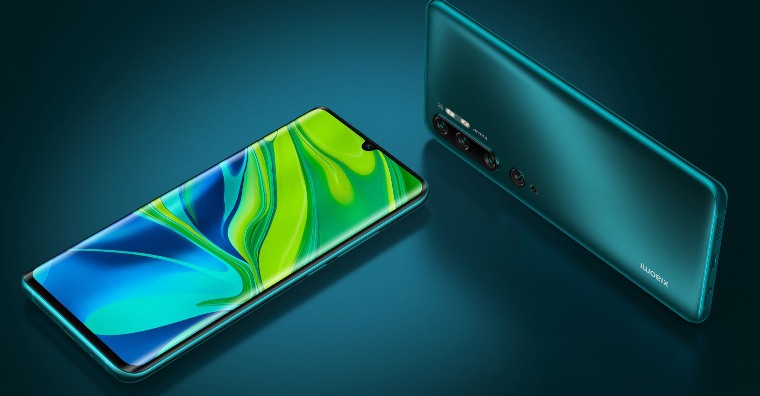 Chinese tech giant Xiaomi has always been ambitious with its business and has now become the world’s fourth largest smartphone maker. The company is now all set to set its feet in Japan and will be giving a competition to the popular Apple Inc. Xiaomi is all set to launch a budget-friendly smartphone along with a connected fitness tracker. The Mi Note 10 Android smartphone is all set to be available in the Japanese market. The device can be pre-ordered immediately and will be shipped on December 16, 2019.

Information on the pre-orders and shipment was released in a statement by Xiaomi on December 9, 2019. The device has a high resolution 108 mega-pixel camera priced at 52,800 yen. It also has a 5,260 mAh battery which has the ability to last longer than two days with 6.4 inch OLED display with curved edges. Apart from the Mi Note, the company has also introduced its Mi Smart Band 4 wearable for 3,490 yen along with a portable battery pack priced at 1,899 yen. Some other products launched by Xiaomi include heating rice cooker for 9,999 yen, a premium all-metal suitcase priced at 17,900 yen. All the products have been priced to suit the Japanese market.

Xiaomi has a good market in Japan but the smartphone market has shown a decline as it is already dominated by Apple. Moreover, other domestic brands like Sharp and Fujitsu have been popular with the local consumers as the company meets the preferences of the consumers. Some of the analysts have said that Xiaomi has had a trend of looking for new markets to recover its growth of smartphone business.

US based tech giant Apple ships 45 percent of its smartphones in Japan in the first half of September. On the other hand Xiaomi is expanding its product portfolio beyond the smartphone segment including electric scooters to smart door locks and more.