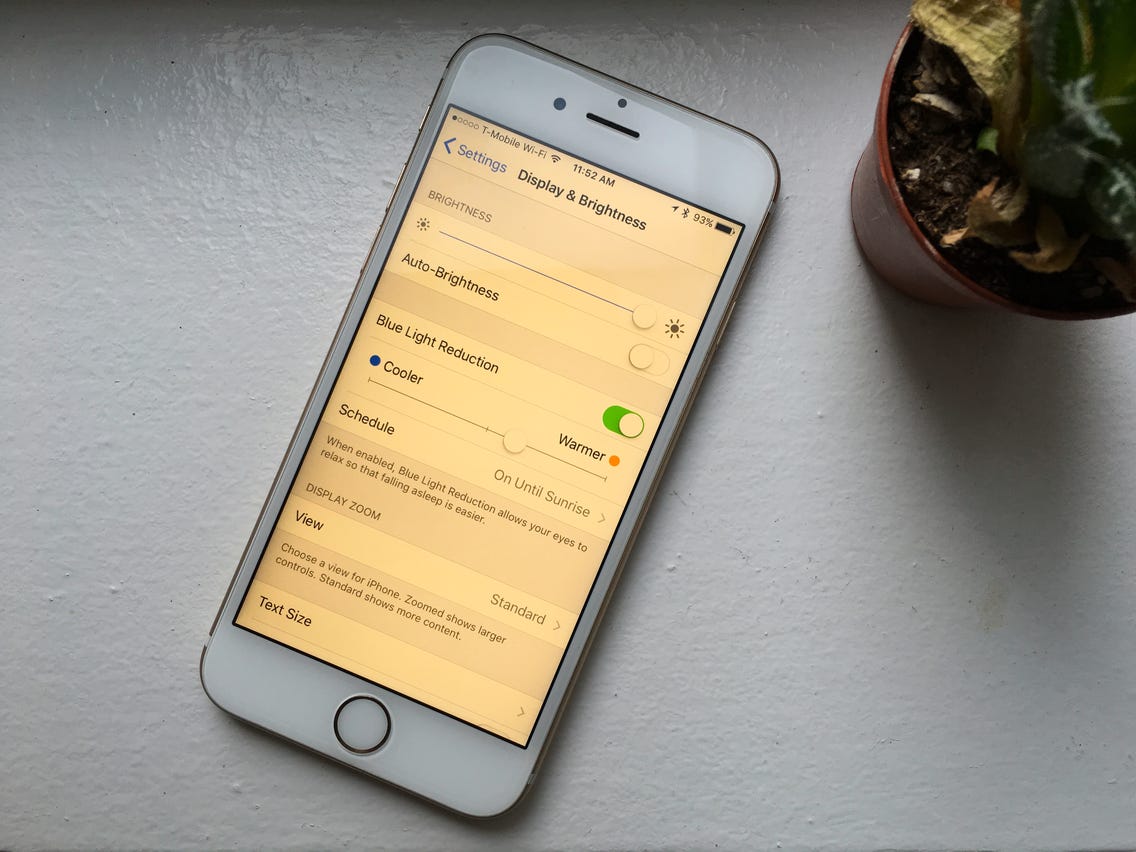 Smartphones these days have a Night-Mode feature that shifts the computer or phone screens to colors which are warmer late at night and help with sleep, but a new study has suggested that it is actually doing the opposite. The University of Manchester conducted a research which found that the blue light that is emitted might not be so bad for the sleep patterns as it was earlier thought. So far, it was commonly thought that the blue light that is emitted from then phones disrupt the circadian rhythm or sleep patterns than the warm colors.

This was the basic idea that was implemented for some of the devices including the iPhone and the iPad. The devices automatically shift the display to an orange-yellow tint late in the night. Some of the earlier studies have mentioned that the blue light suppresses melatonin which is a hormone that influences sleep. The new study has given an opposite idea stating that looking at the blue light in the evening and warm light during the day time is more natural.

The study was led by Tim brown, who said that the common view is that the blue light has a strongest effect, but the fact is that the blue color is associated with Twilight and has a weaker effect that the white and yellow light. Experiment was conducted by the researchers on mice with the help of the light that was specifically designed to test how different wavelengths had affected the sleep patterns. It was observed that the blue light was less disruptive than they yellow light that had the same brightness. The researchers again confirmed the common belief that lower brightness was less disruptive to sleep.

Brown added that their findings suggest that usage of dim and cooler lights in the evening and warm lights during the day time would be more beneficial. But still excess usage of smartphones is anyway harmful for the eyes.