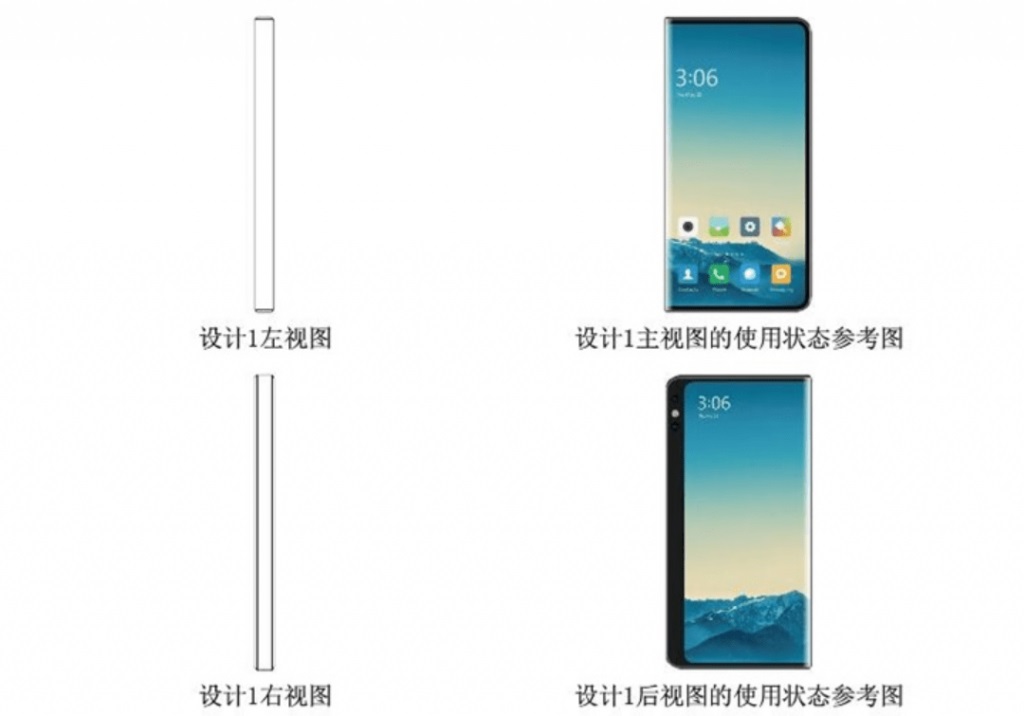 Xiaomi is one of the popular smartphones brands from China and is popular across the globe as well. The smartphone manufacturer has now reportedly patented a smartphone that will have a display that covers almost the entire smartphone body. Going by the patent it is tough to know what lies in future and if the concept by Xiaomi makes it a commercial product or not.

The upcoming device will have the same concept as of the Mi Mix Alpha, which is the first smartphone that will have a surround display and covers most of the body of the handset. Going by the design patents, which have been published, they look different from the Mi Mix Alpha and also has a display that covers the front panel and the rear panel as well.

The Mi Mix Alpha was launched in September 2019. Some of the top executives from the company having the knowledge of the progress have claimed that it is at a position when it can begin the mass production of the smartphone. Cui Baoqiu, the chairman of the technical committee of Xiaomi and Han Haicai, the head of the Research and Development team have developed the display of the Mi Mix Alpha and have informed that the device has not been mass produced so far.

Talking about the specifications, the Mi Max Alpha will have a huge 7.92 inch flexible OLED screen which offers a screen resolution of 2088 x 2250 pixel. The device is powered by the Qualcomm Snapdragon 855 Plus with 12 GB RAM and will run on the MIUI Alpha operating system. Xiaomi has always served its gadget lovers with something new at the best price when compared to other devices in the market. It has been popular in China and other countries as well and is slowly spreading its position with the help of different products other than smartphones.