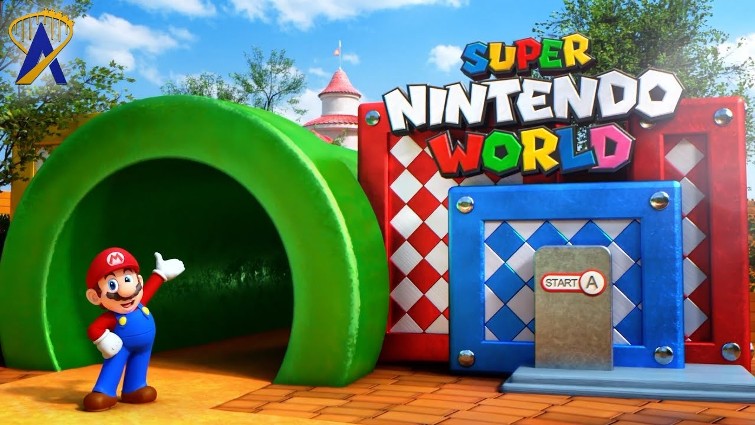 The much awaited Super Nintendo theme park is all set to open just before the Tokyo Olympics in summer 2020 in Osaka. While the fans are already rejoicing that the launch date is nearing, parent company Comcast has made another exciting announcement. Comcast has said that the park will begin construction at the Universal Studios in Orlando. This is surely a great news for the people who were getting excited while watching the trailers for the Super Nintendo World in Osaka.

This means that very soon the fans of Super Nintendo World can have fun in Orlando and need not have to travel a long way to Osaka, Japan. It was earlier known that the theme park will make its way to the United States as well but this is the first time an official announcement was made by Comcast. The first Super Nintendo World theme park is all set to be opened just before the beginning of the Tokyo Olympics in July, 2020.

The Nintendo park will have rides which have Nintendo themed rides and a recent announcement added to the excitement that the visitors could also use PowerUp Bands that will connect them to the official app to make them feel as a part of the game world. The news of Comcast in the United States was confirmed by the parent company at the Quarter 4 earnings call and also expressed their confidence that the brand has all the ability to attract the visitors to their parks. The park is expected to have a real life Mario Kart Race and the PowerUp Bands will allow the guests to earn digital coins and can also compete against other guests in the park.

One of the executive expressed that Nintendo is going to be the next big thing and that based on their research, the brand is one of the biggest factors of attendance and that its popularity could be compared to that of Harry Potter.