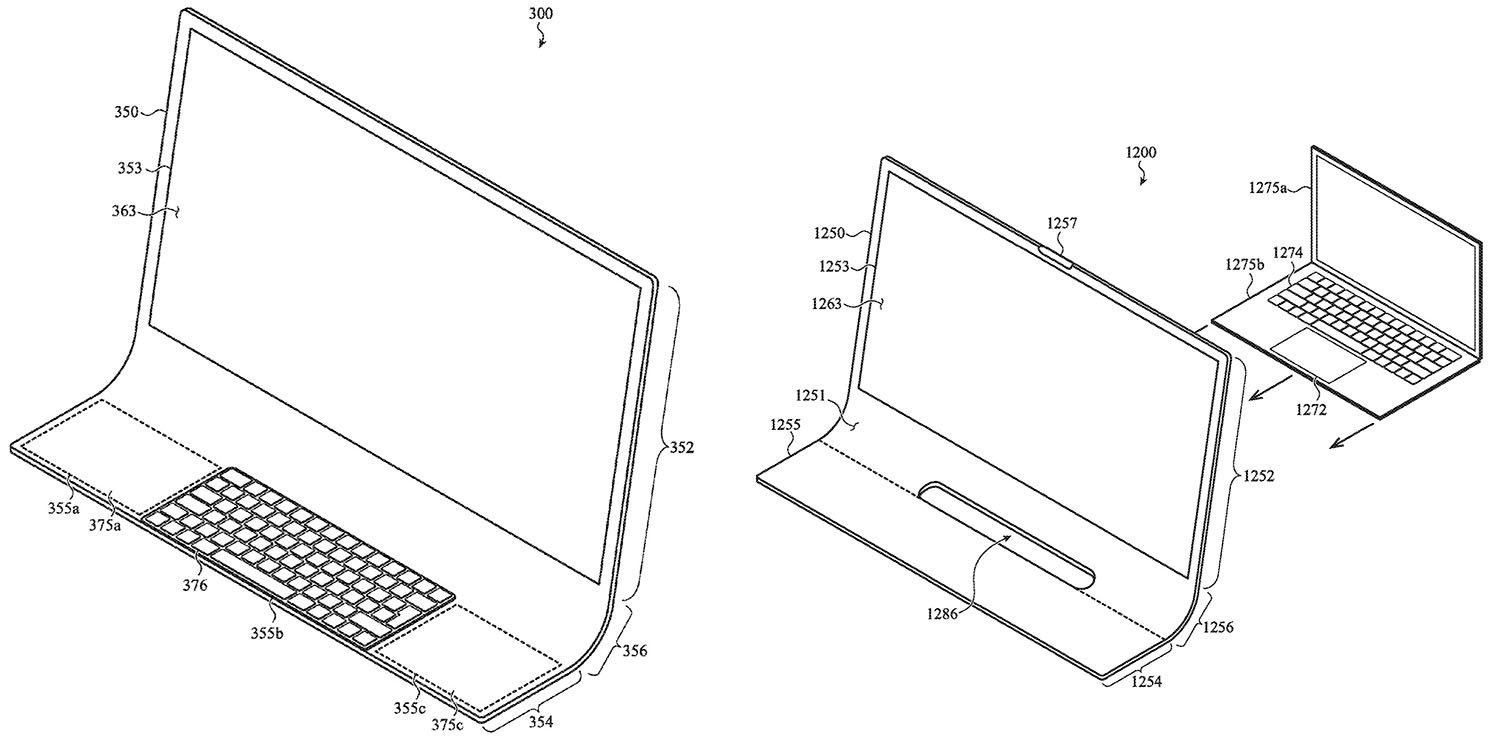 Cupertino based giant Apple has always been the favourite of the gadget enthusiasts for its premium products and designs. But in recent times, the competition has got intense as other companies like Samsung and Huawei have managed to give it a tough fight with promising gadgets with smaller price tags. Now it seems like Apple is gearing up for a new product and has applied for a new and ambitious design for a computer.

The patent has shown a new all-in-one computer that includes the keyboard and the screen in to a single sheet of glass. The patent was filed in May 2019 and has shown how the input device and the display device can be included in the same area in a continuous surface. There is a possibility that a support structure might be placed behind the device that will have the processing unit and will also have the machine’s ports. Going by the patent it looks like a promising and an attractive design for the reason that the curve intensity is more than the company has ever used in any other product.

Another reason, is that Apple is trying its best to take the iMac design to another level by bringing the computer, display and the keyboard and touchpad together. It is not just the design that is interesting, but it is also the ambitious concepts that the patent has boasted about the new iMac. The interesting part is how a MacBook could be docked in to the machine. The keyboard could pass through the hole in the centre of the machine and it could be used as normal.

The patent has also shown that the single sheet of glass can be folded down in the middle so it could be folded and packed away when it is not in use. It is interesting or see such a patent, but it cannot be said if when the patent might be made in to an actual product.