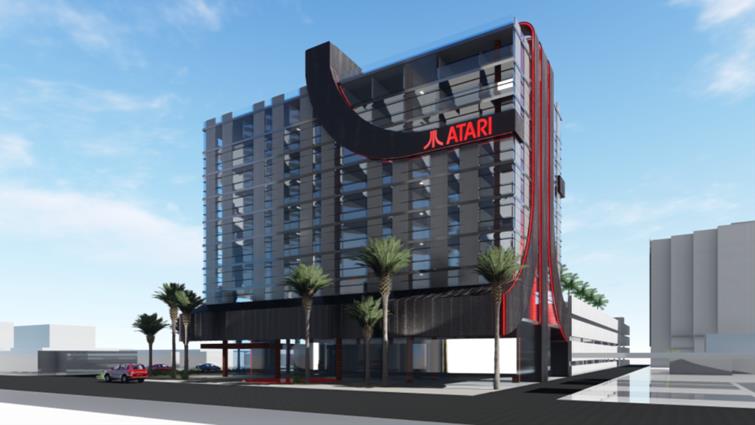 California based Atari Interactive Inc. has been one of the oldest videogame console and home computer makers in the industry. The company has now come up with a unique idea as it tries to bring back its gaming brand in the market. The console giant has expressed to build hotels that have the Atari theme. An announcement was made on January 27, 2020 which informed that it has joined hands with a design agency that will be building eight Atari hotels that will have a video-game based theme. The hotels will be opened in the US and the first one is expected to come up in Phoenix, Arizona with the ground breaking to be held later in 2020.

The concept that has been imagined by Atari surely seems a little out of the box but the company has expressed its confidence in the project and added that it will be able to connect to the public at an era when the market for gaming is flourishing. The idea hers is that Atari will provide game-based lodging with off-source plenty of video games that will also include the latest VR and augmented reality experiences. Some of the hotels will be designed in such a way that it will be hosting e-sports events for the entertainment of its guests.

Fred Chesnais, the CEO of Atari in a statement said that they intend to make a space that will be much more than just a space to stay. The CEO added that with the new concept being planned, they cannot wait for their fans and their families to experience the new hotel concept. Atari also informed that the design agency GSD Group and producer Napoleon Smith III, of Teenage Mutant Ninja Turtles reboot films fame, will be responsible for the designs.

The actual construction of the first building will be carried out by True North Studio based in Arizona.