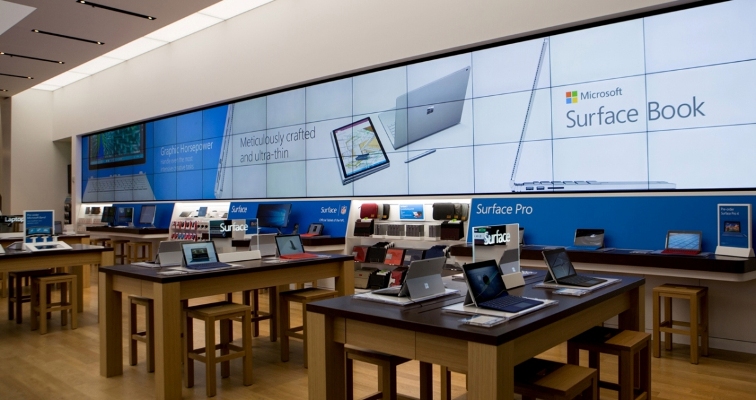 US based software giant Microsoft has said that it is planning to permanently close all of its physical retail stores. The company announced about its plans that it will permanently close all of its Microsoft Store Locations in the United States across the globe. But there will be an exception for four of its locations which will be reinstated and will be called as experience centres that no longer sell products.

The locations which have been counted as exceptions are the London (Oxford Circus), New York City Fifth Avenue, Sydney (Westfield Sydney) and the Redmond campus location. It was just a year since the London Store has opened. Meanwhile all the Microsoft Stores in the United States and across the globe are all set to be closed. The software giant will not be concentrating on digital retail as it looks forward to inch in to the future prospective.

Microsoft has also explained that it has about 1.2 billion monthly customers in about 190 markets on its Microsoft.com and Xbox and Windows stores. It has also been clarified that there will be no layoffs due to the recent decision that has been made and that they will continue to be a promising platform for growing and developing careers. The recent decision has also explained why the company had not yet opened a single store, after they were shut due to the coronavirus pandemic.

But it was last week when a representative for the company had explained that their approach towards reopening would be measured as well as cautious. The representative had added that they will be having a close watch at the global data and will also be considering the opinions of health and safety experts. However, the company has not yet made any announcement as to when it would open the stores again. Retail operations in the US are gradual and slow due to the COVID-19 pandemic. More relaxed guidelines would mean a risk more infections in near future.